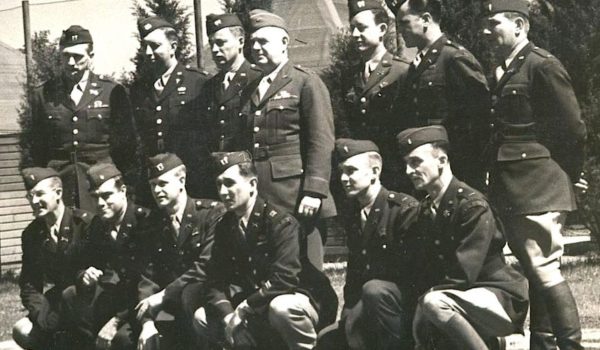 On June 13, 1942, the OSS (Office of Strategic Services) was formed. The OSS was a wartime intelligence agency of the United States during World War II and a predecessor of the modern Central Intelligence Agency (CIA).

The OSS was formed as an agency of the Joint Chiefs of Staff (JCS) to coordinate espionage activities behind enemy lines for all branches of the United States Armed Forces. Other OSS functions included the use of propaganda, subversion, guerrilla warfare and post-war planning.

With the U.S. entry into World War II, President Roosevelt was worried about the state of the United States Intelligence services, which were non-existent or operated under an ad hoc basis, there was no overall direction or leadership. All counterespionage activities were under the auspices of the FBI and J.Edgar Hoover who tried to quash the talk of a military Intelligence service.

Nevertheless, FDR appointed William Donovan to draft a plan on creating a service similar to that of the British MI-6. Donovan was the perfect man for the job and done intelligence gathering for FDR despite the two being political opposites before the war.

On July 11, 1941, Donovan was appointed as the chief of the new organization known as the office of the Coordinator of Information (COI). The British provided great assistance; while Donovan had responsibilities but no actual powers and the existing US agencies were hostile especially Hoover and the FBI.

President Roosevelt liked the idea of moving COI to the Joint Chiefs. FDR however, wanted to keep COI’s Foreign Information Service (which conducted radio broadcasting) out of the military’s control. It was then decided that the “black” and “white” propaganda missions be separated giving FIS the official side of the business. FIS and half of COI’s staff were sent it to the new Office of War Information.

The remainder of COI were then earmarked for what was to become OSS. Donovan chose the name that reflected his sense of the “strategic” importance of intelligence and special operations.

The Office of Strategic Services was born by a Presidential military order issued by President Roosevelt on June 13, 1942, to collect and analyze strategic information required by the Joint Chiefs of Staff and to conduct special operations not assigned to other agencies.

But Donovan’s fledgling agency already had others fighting over the turf of intelligence. From the CIA’s OSS history, the State Department cut OSS out of one of the biggest Intelligence realms right away.

The Department of State and the armed services arranged a Presidential decree that effectively banned OSS and several other agencies from acquiring and decoding the war’s most important intelligence source: intercepted Axis communications. Donovan protested, but his complaints fell on deaf ears. The result was that OSS had no access to intercepts on Japan (codenamed MAGIC) and could read only certain types of German intercepts (called ULTRA by the Allies). Other edicts also limited OSS’s scope and effectiveness. The FBI, G-2 and ONI, for instance, stood together to protect their monopoly on domestic counterintelligence work. OSS eventually developed a capable counterintelligence apparatus of its own overseas—the X-2 Branch—but it had no authority to operate in the Western Hemisphere, which was reserved for the FBI and Nelson Rockefeller’s office of the Coordinator of Inter-American Affairs.

Under the expert leadership of Donovan and a crash course of intelligence from the British, OSS expanded quickly and just a few short months after being formed was instrumental in providing excellent and timely intelligence for the Operation Torch landings in North Africa in November of 1942. Donovan had already provided the State Department with desperately needed French-speaking officers in French-held North Africa the fall before to act as “vice consuls” and won OSS grudging respect from State. With Donovan’s leadership and outstanding training by the British, OSS began to quickly build a worldwide clandestine intelligence capability.

The first COI/OSS officers arrived in Britain in November 1941 before the US was even in the war. They leaned heavily on the British for their training, expertise, experience, and information to get off the ground. The British, used to operating on more of a shoestring budget were happy to share the seemingly endless resources given to the new American unit.

The relationship was slow to blossom but in the end was a marriage that would be extremely beneficial to both sides and laid the groundwork for the close cooperation and trust the two countries still enjoy. However, the Brits were cautious at first, worried that the neophyte Americans could compromise their hard-earned operatives in Occupied Europe. Despite this, the two sides grew interdependent on one another by war’s end.

At the peak of war operations in late 1944, OSS had grown to over 13,000 personnel.CIA history pages break down OSS personnel as follows:

General Donovan employed thousands of officers and enlisted men seconded from the armed services, and he also found military slots for many of the people who came to OSS as civilians. US Army (and Army Air Forces) personnel comprised about two-thirds of its strength, with civilians from all walks of life making up another quarter; the remainder were from the Navy, Marines, or Coast Guard. About 7,500 OSS employees served overseas, and about 4,500 were women (with 900 of them serving in overseas postings). In Fiscal Year 1945, the office spent $43 million, bringing its total spending over its four-year life to around $135 million (almost $1.1 billion in today’s dollars)

The Special Operations Branch was patterned after the British SOE (Special Operations Executive) and did their training at the British facility at Milton Hall. Together the two armies combined to make the famous “Jedburgh” teams that parachuted into Occupied France prior to the D-Day invasion. They comprised 93 teams that had two officers and an enlisted radio operator. William Colby, the future Director of CIA was a Jedburgh in WWII but perhaps the most famous of the Special Operations Branch was Virginia Hall, the famous “Limping Lady of OSS” .

General Donovan recruited an eclectic group of volunteers that he described as “Glorious Amateurs”, but after a few years in service, they were a professional organization that formed the backbone of CIA and later the US Army Special Forces. Donovan described the perfect OSS men as “PHDs who can win a bar fight.  OSS wanted smart, self-starters who could think on their feet.

William J. Casey, who was OSS in World War II  and later DCI from 1981 to
1987 in the Reagan administration remembered, “You didn’t wait six months for a feasibility study to prove that an idea could work. You gambled that it might work. You
didn’t tie up the organization with red tape designed mostly to cover somebody’s ass. You took the initiative and the responsibility. You went around end; you went over somebody’s head if you had to. But you acted. That’s what drove the regular military and the State Department chair-warmers crazy about the OSS.”

When the war ended, the handwriting was on the wall for OSS. President Truman who took over when FDR died in early 1945, disliked Donovan and the OSS. Donovan’s plan to keep a peacetime intelligence service was filed away but ignored. OSS was disbanded on October 1, 1945.

But the modern-day CIA and the US Special Operations Command owe a great deal of their legacy to OSS and to General Donovan. They still employ some “PHDs that can win a bar fight”