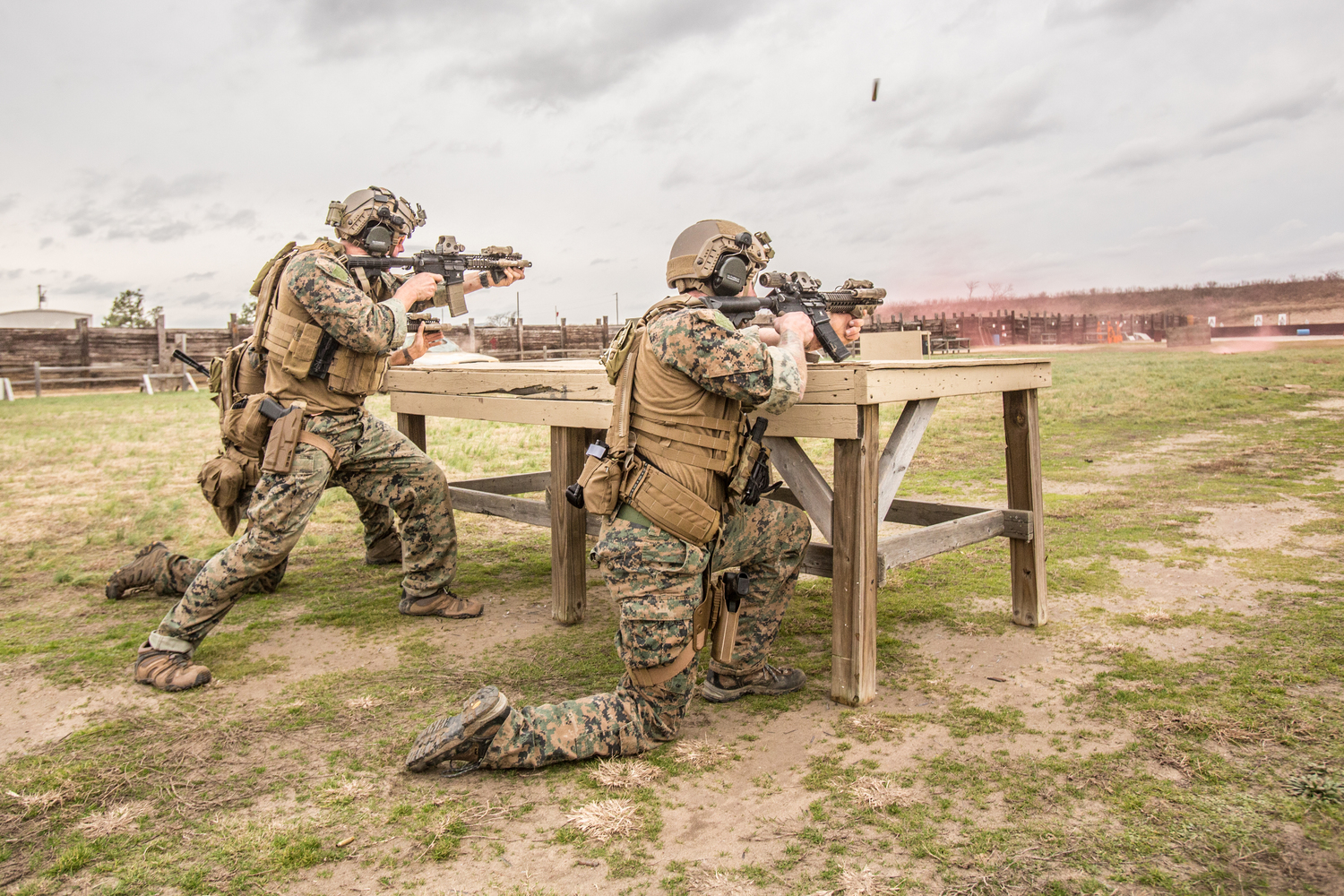 Just a couple of months ago, the Marine Corps’ Special Operations Command (MARSOC) celebrated its 13th anniversary. Then a think tank pushed an idea that the Marines would be better off, disestablishing the Marine SOF and return to their roots which is their forced amphibious capability. But now the next commandant of the Marine Corps says not-so-fast.

Lt. Gen. David H. Berger, the current deputy commandant for Marine Combat Development and Integration and on tap for being the next commandant, was grilled by Congress on whether it is cost effective for the Marines to stay in SOCOM.

Saying their services were vital to the overall effort, Berger answered a direct question by Sen. Richard Blumenthal, D-NY if the Marine Raiders should be disestablished with a strongly worded statement.

“At this stage, they have developed farther, faster than most thought possible,” Berger said. “I think they’re vital. I think the (MARSOC) and the command are better with them there.”

That has to come as a relief from the Raiders since the article calling for their disbandment has grown legs.

In March, former Marine officer Dakota Wood, who is a senior fellow of research on the Heritage think tank foundation, wrote that the Marine Corps had strayed too far from their amphibious mission.

Wood’s comments which will ring very familiar to U.S. Army Special Forces veterans stated that the drain of outstanding NCOs and Officers from the Marine Corps was pulling the service away from its primary mission. In his “Rebuilding America’s Military: The United States Marine Corps.” Woods wrote the following:

“MARSOC, while a boon to U.S. Special Operations Command (USSOCOM or SOCOM) and doing good work for the country, is an opportunity cost for the Corps. The Marines consistently resisted creating a special operations component until directed to do so in 2006, driven by a shortage of special operations teams needed to prosecute the global war on terrorism following the attacks of September 11, 2001. That national emergency has long been over, and the Corps should redirect its efforts to its primary role,” Wood said in his report.

Wood doubled down on those feelings, and in an interview with Military.com, he said, “It’s a great outfit and they’re doing great things, so this is not to disparage MARSOC,” Wood stated. “It’s stepping back and saying, ‘OK, Marine Corps, what are you supposed to be doing? And how are you using the resources that you have?'”

Wood’s report was on the heels of the Marine Corps’ budget request for FY2020. The Marines currently have 2742 Special Operations Forces, or “Critical Skills Operators”. They plan on expanding that number to 3110 by creating 368 more billets in MARSOC.

This set off a storm among the Marine SOF community.

Elliot Ackerman, a MARSOC Operator who was awarded a  Silver Star and Purple Heart and deployed to Iraq and Afghanistan five times, totally disagreed with the feeling that SOF will play a back role to the “Big Armies” conflict with Russia or China.

“If there’s a major theater war with China or Iran, it’s not going to look like the Second World War,” Ackerman said. “… “To say these 2,700 guys will be better suited in [another] Marine regiment belies a lack of understanding of what Marine Raiders have contributed in the last 10 years.”

Nick Koumalatsos, a 12-year veteran of MARSOC, would be a huge blow. “This would set us back two decades, if not more,” he said. “It’s not the world we live in anymore. We’re not lining up tanks and we’re not lining up in trenches to fight a conventional battle.”

Koumalatsos added, that the entire military draws great advantage from MARSOC’s relationship with SOCOM and the other branches. “We can’t just go over here and color with our own coloring books and not have any friends,” he said.

However, outgoing Marine Corps Commandant Gen. Robert Neller said that despite the talk of large conventional conflicts, the next opponent that Marines face “will not be against a near-peer adversary. It’s going to be against someone else,” he said.

But MARSOC has a proponent with the selection of Berger as the next commandant. A career infantry officer, Berger was also a company commander and a battalion operations officer for the 2nd Reconnaissance Battalion. He is a graduate of the Corps’ tough Amphibious ­Reconnaissance School, Army Ranger School and is a qualified parachutist and combat diver.

His nomination flies in the face of the former Marine Corps mantra that Recon was a career killer. Now some of his officers have their own MOS. The Critical Skills Operator MOS was adopted for NCOs in 2011 and for officers in 2014.