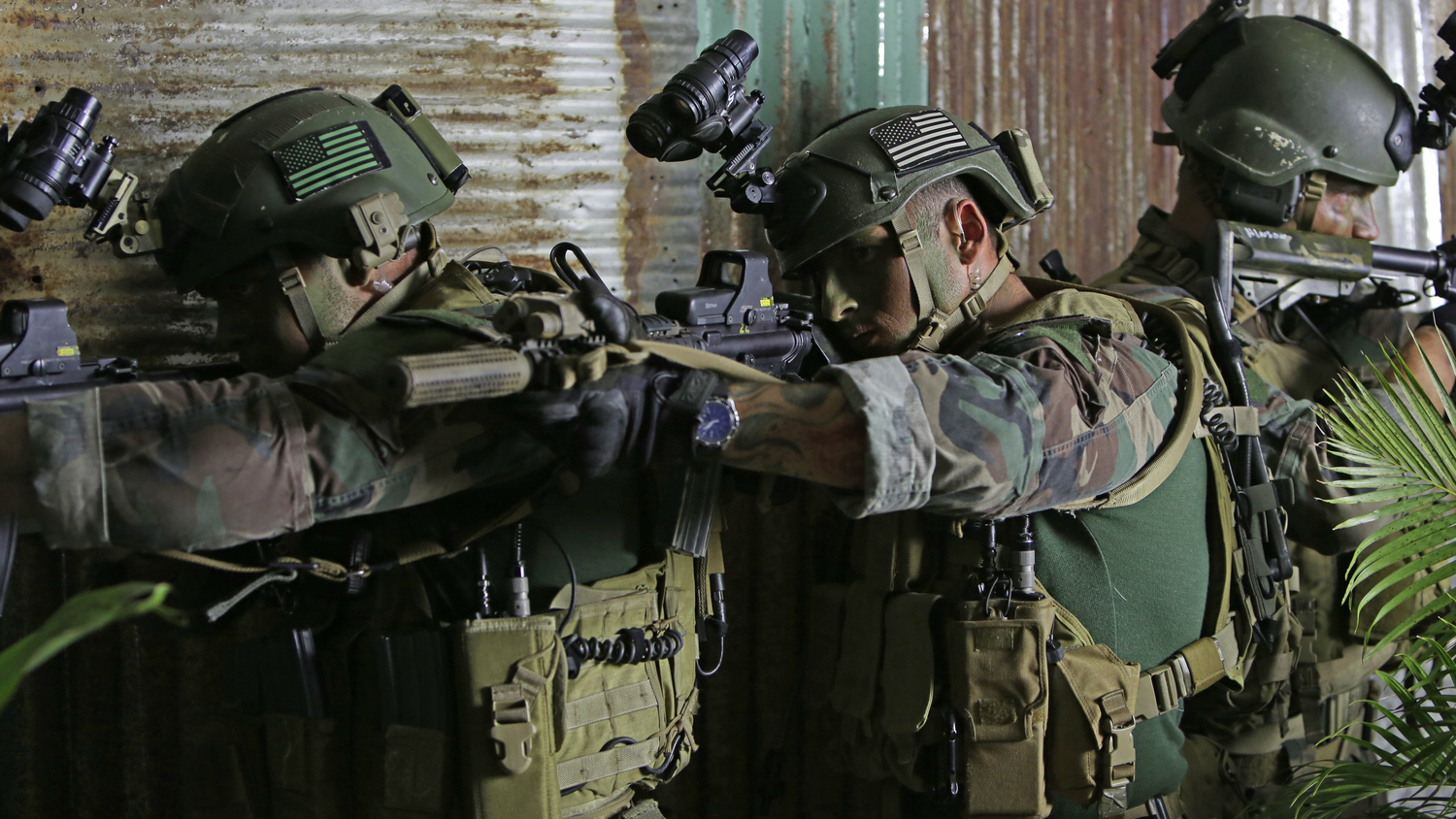 Dakota Wood spent 20 years in uniform as a U.S. Marine. He retired as a lieutenant colonel in 2005 and entered the world of academic defense analysis.Now a senior fellow at the Center for National Defense at the Davis Institute for National Security and Foreign Policy, Wood used his experience in the United States Marine Corps (USMC) and as a researcher to field a surprising recommendation for the American defense apparatus: get rid of the Marine Raiders. In a 60-page report released March 21st, Wood—who once served as a strategist at Marine Corps Forces Special Operations Command—said the USMC needs to reevaluate where it spends its money in order to be highly effective in a 21st century conflict. One key area of wasted funding, he claims, is on the Marine Corps’ Special Operations command known as the Marine Raiders, or Marines Special Operations Command (MARSOC).Wood’s report, published by The Heritage Foundation, reads:

MARSOC was established because of a shortage of special operations teams, not because the Marine Corps wanted a special operations force. U.S. Special Operations Command was hard-pressed to meet the operational demand for its capabilities as U.S. global war on terrorism efforts expanded in Afghanistan, Iraq, and many other locations worldwide.Consequently, the 2,700 Marines committed to MARSOC benefit SOCOM, performing special operations tasks in specific locations in the Middle East, Africa, and Asia. MARSOC has little direct value for the Corps, especially with regard to the Corps’ primary mission as stipulated in 10 U.S. Code and DOD [U.S. Department of Defense] directive.”

Wood contends that Marines already assigned to MARSOC are doing important work for the America’s national security, but counters with concerns about how much of the branch’s resources are devoted to special operations.”The Corps’ commitment to MARSOC, while a boon to SOCOM [United States Special Operations Command] and the good work it does for the country, is an opportunity cost for the Corps and the work that only it can do, as opposed to SOCOM’s role and the contributions long made to its mission by the Army, Navy and Air Force,” he said.The USMC was the most recent branch to add personnel to SOCOM’s stable. MARSOC (later dubbed Raiders) first established approximately 13 years ago. Since then, Marine special operators have proven to be a valuable asset in combat operations the world over. However, Wood posits the resources being allocated to these efforts could be better used improving the USMC’s overall conventional combat capabilities, especially in the face of what has been a high operational tempo and decades’ worth of budget concerns.MARSOC spokesman Maj. Nicholas Mannweiler said in an official statement that the command is aware of Wood’s report, and pointed out his recommendations pertaining to special operations are a part of a bigger issue of which the USMC and the Pentagon are already aware:

The recommendations made in the paper are one aspect of a much broader conversation on Marine Corps and joint operations in response to our evolving national security challenges,” he said. “MARSOC will continue to partner with our fellow Marines in enhancing lethality, interoperability, integration and interdependence as well as with our rich network of [special operations forces] and interagency partners.”

However, former members of the Marine Corps’ special operations community are publicly critical of Wood’s conclusions, saying his assessments are based on a dated concept of warfare that doesn’t accurately reflect the modern landscape of battle.”If there’s a major theater war with China or Iran, it’s not going to look like the Second World War,” Elliot Ackerman, a Marine with five combat deployments, told Military.com. “To say these 2,700 guys will be better suited in [any other] Marine regiment belies a lack of understanding of what Marine Raiders have contributed in the last 10 years.” He’s not the only objector quoted.

This would set us back two decades, if not more,” said Nick Koumalatsos, a former Marine Raider. “It’s not the world we live in anymore. We’re not lining up tanks and we’re not lining up in trenches to fight a conventional battle.”

The debate really boils down to how best to fight a near-peer war in the Pacific. Wood contends that the USMC is allocating too much of its limited money and resources toward fielding a fairly small number of highly-skilled operators. If a conflict with China were to break out, those resources could be better allocated toward the amphibious warfare that the Marines trade on.”Up until 2006, the Marine Corps had pushed back against having an elite force and being a part of the special operations community because they were fully busy doing Navy-Marine [amphibious] sorts of things,” Wood said. “It was only because they were forced to create a special operations service component by then-Secretary of Defense [Donald] Rumsfeld because SOCOM was extraordinarily short on teams.”Yet special operators contend that it’s precisely because of the possibility of a high-end conflict in places like the Pacific that there’s a growing need for Marines in the special operations community.