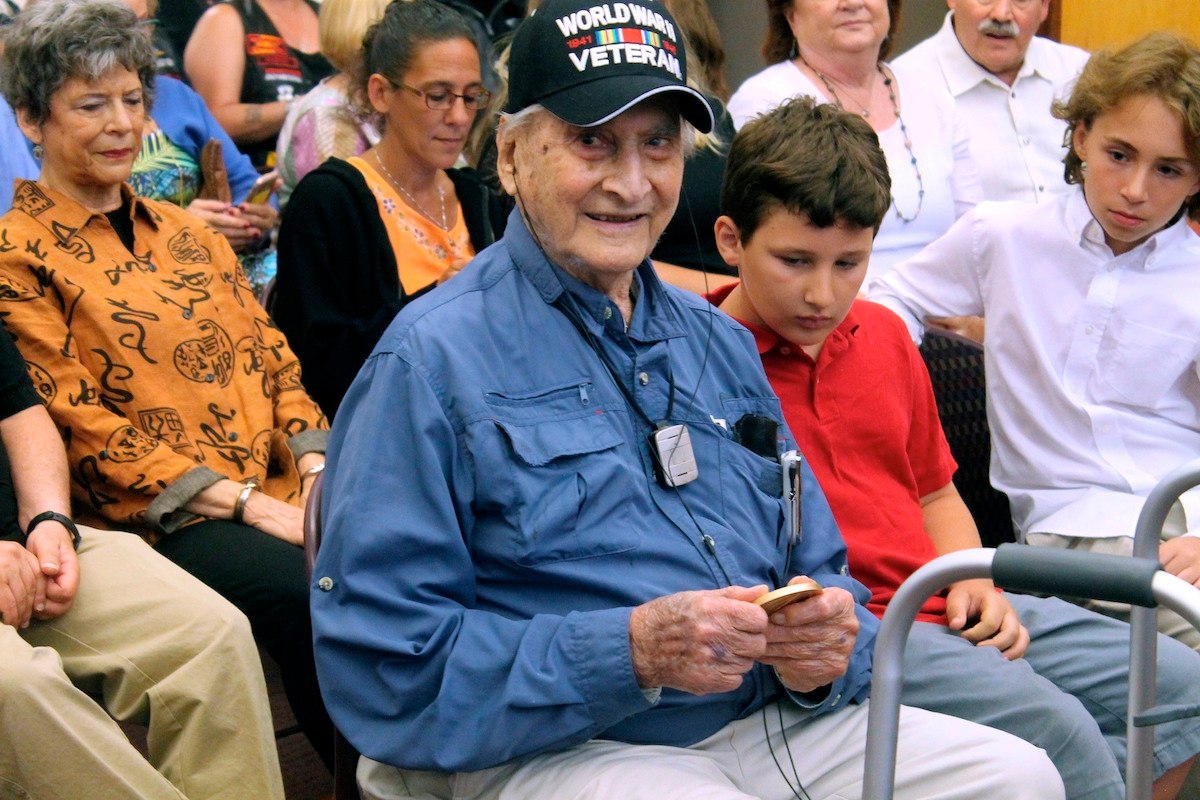 Because of security classifications that didn’t expire until 10 years ago, many members of the Office of Strategic Services (OSS) never were fully recognized for the work they did behind enemy lines during World War II.

But for a Derry, NH man, that oversight has been fixed as he was finally recognized for serving in the unit that was the forerunner for the CIA and the US Army Special Forces of today. “Martin Gelb is an American hero and I’m honored to have the opportunity to stand with our community and his family to present him with this long overdue recognition for his service to our country,” Shaheen said.

Gelb was part of a critical intelligence unit that shaped the course of World War II, Shaheen noted, saying that the veteran’s service and sacrifice were kept secret for decades, adding it was only recently the level of Gelb’s OSS service was known.

The OSS formed the framework of what became the nation’s intelligence services, including the CIA.

“I am so thrilled that he is finally receiving the acknowledgment and commendation for his extraordinary service and I join with our community in thanking him for his bravery and service to the United States, and to the world,” Shaheen said. “Martin Gelb is a true American hero.”

Gelb, 99, was born in Brooklyn, New York and joined the Army at 22 as a tool inspector.

He then served in England, France, and behind enemy lines in Nazi Germany, serving as a field radio officer, communications officer and military intelligence officer and completed a myriad of missions including providing support to U.S. and British operations while also assisting with the liberation of the Buchenwald concentration camp, the largest of the Nazi camps that imprisoned about 250,000 people between 1937 and 1945.

Gelb said he was “speechless, ovewhelmed” and receiving the honor was unbelievable.

The humble soldier took a moment after the ceremony to answer questions from those attending, saying he wasn’t sure why this was such a big deal, but to those in the room, it was. For Gelb, being honored and receiving the medal has brought back memories of his service — and he will never forget those years.

“I think of them all the time,” Gelb said. “This occasion has opened up a lot of memories stored in my mind which I chose to forget about. It brings up good and bad memories.

The Derry veteran loves America and said he did the job he was asked to do.

“I love the country we have and I don’t care what anybody says, this is one great country,” Gelb said. “We were called up, guys like me, to perform a task and we did the best we could.”

Gelb was interviewed by an author for a book that detailed the stories of the veterans, telling their stories. He remains friends with author Bill Graser after meeting him at a veterans event in 2011.

To read the entire article from Derry News, click here: