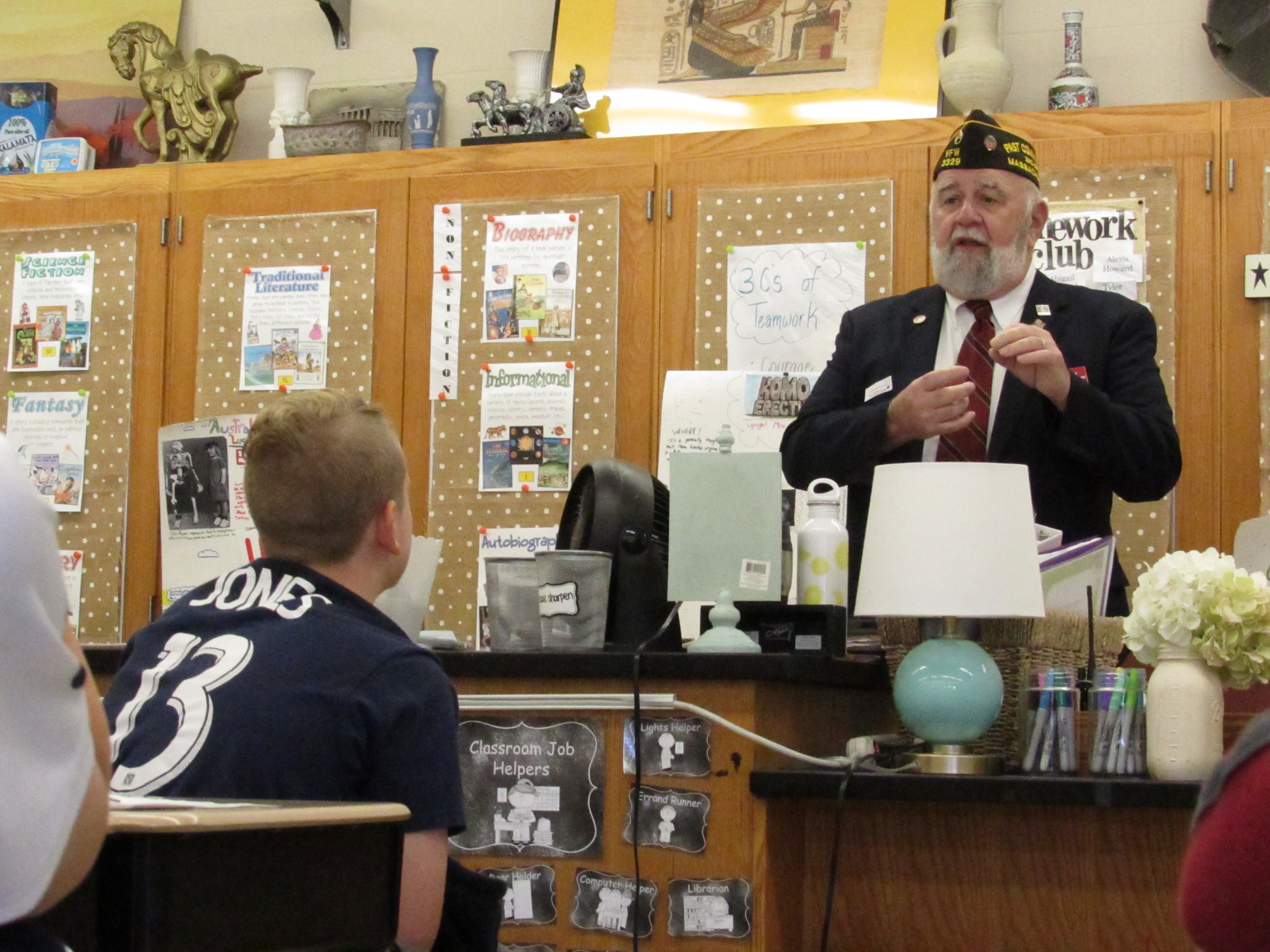 First of all, a belated Happy Veterans Day to all of those who serve, have served and especially for those who are about to serve.

Last week was a very busy one for the veterans in our small town in Central Massachusetts. Members of our local Veterans Council, the VFW, and the American Legion were together for a host of activities that began last Sunday. Our local historical society decided to begin Veterans Day Week by having a presentation at the local Asa Waters Mansion, a Revolutionary War-era landmark to honor our town’s men who made the ultimate sacrifice during World War I. They had guest presenters to bring the various weapons that were used by the “doughboys” of that era, an educator from the area who is an expert on the US’ involvement in WWI, and a firing party of vets from the Worcester Marine Corps League to include a Bugler to blow taps. It was a nice way to spend the afternoon and the turnout was excellent, since the ladies at the Historical Society scheduled this event on a Sunday after when the Patriots had a bye week. Smart thinking….

On Tuesday and Wednesday, the vets visited three of the schools in town, both of the elementary schools and the local high school. More to that in just a moment.

On Friday, the veterans visited the small nursing home in town, to visit the veterans who reside there. They are given a certificate recognizing their service, and a small American flag pin. The gifts are nothing more than just a trinket, however, the message was to them, that they are not forgotten. This year, there are 32 veterans at the small facility.

And finally, on Saturday, a new community in town had built a community clubhouse for use by the residents and installed a new large flagpole and wanted to dedicate in honor of our town’s veterans and about 100 people came to that on a cold, windy Saturday morning. After which, the residents and veterans had a great, big breakfast that the residents had prepared for all. So, back to the schools. Of all the events last week, the school visits are probably the most important. We live in an era where our troops have been in constant combat since 2001. Many of the troops who signed up for service after 9/11 are almost retirement eligible which is astounding in itself. But it also drives home the meaning of it all.

For the vast majority of America, the war is one fought by someone else. Our country has not bought into the entire Global War on Terror, GWOT. It hasn’t touched enough of our people nor are they truly aware of the cost. For most, the war is just something most ignore on the news unless something bad happens when the inevitable questions start being asked, “why do we even have troops in Niger?”

More and more troops are coming from “military” families, where a parent(s) or grandparent had served and the young person followed them into the service. Among our Special Operations Community, it is pretty common to see that happening. It is almost like another social stratum is being developed, the military family.

Which is why these school visits are so important. The school children get a lot of out of these visits but it is safe to say that perhaps our veterans get even more from them. When I first moved to town, like many veterans of my generation, I wasn’t in the mood to get involved with anything veterans related. I had done my time and was just getting on with life. Then I met Joe Bianculli. Joe was a Korean war vet who had lost his eyesight but could still see better than anyone else. A mutual friend introduced us and immediately he asked why I hadn’t been with them to visit the school. Having no satisfactory answer, he said, “We’ll expect you there next week, and you may get more out of it than the kids will.”  I went and he was correct. He had the uncanny ability to be in a room with 100 people and could tell you exactly who was there by recognizing everyone’s voices.

With a lifetime of service to the town after his military days were done, Joe served on the town’s Planning Board, School Board, Board of Selectmen, working as a volunteer at the VA helping veterans fill out their paperwork to get their claims in and probably 100 other committees that escape me. I went to his house one day in the fall to find him on his roof, clearing the leaves from his gutters. He’s missed more than ever. The town named a new bridge after him, it isn’t enough.

But in speaking of the schools he was right. The town’s schools are just asking the children to repeat the classic poems and remember the dates of certain battles that they’d soon forget. They have attempted to get the kids an up close and personal look at what military service looks like. Through our veterans.

While we still have the programs in the gymnasiums and auditoriums where we celebrate and recognize what being a veteran means, they get an education in the form of having one-on-one talks with vets of all eras. When we arrived at one school on Tuesday, the school had veterans go to each classroom. There the veteran would give a brief biography of what era he or she served in and then the kids could ask questions and engage in some good dialogue. Our veterans in town range from World War II veterans of the Battle of the Bulge in Europe, to Iwo Jima, Okinawa and the surrender of Japan in the Pacific, the Korean War, Vietnam and right up to the modern day. The school children get much more out of a 30-45 minute question and answer session with a veteran than they would just be studying some dates of history, not that those aren’t important but this puts a face and a name to their studies. And since it is someone from their little town, it puts the service and sacrifice in perspective.

Then after it was over, we filed into the gymnasium for the traditional Veterans Day program. Our high school does much the same but in the library’s media center where there is a more intimate setting among the school’s social studies students.

This is something that all schools should look to adopt, not just in towns where there are military bases but across the US. Veterans are part of our past, our present, and our future. No one knows where or even how they will be needed next. Don’t let the next generation question that they weren’t even aware we had troops in Africa when they’ve been there overtly for a decade. Veterans Day is a good day for all Americans to stop and thank those who have, are or will serve to protect the freedoms we enjoy.

Well done Millbury!, our little town in Central Massachusetts is doing things the right way. And thank you to Superintendent Greg Myers, Miriam Friedman, Andy Hall, Tara Bennett, the principals of the schools we visited. Special shout to Sal Palano the High School teacher who puts together our wonderful programs twice every year at Memorial and Veterans Day.

And a great job to all those veterans of the British SAS and the USMC who took part in the “Remembrance Rumble” in England who got in the boxing ring to raise money for charity, especially SOFREP’s own Christian Prosser and Big Phil Campion. Great job by all and a tip of the beret for all of the hard work.