Operator – someone who operates.

In the civilian world, that could be someone operating an excavator, a wheeled tractor, and other similar heavy equipment. Historically, the term applied to people who worked in the old-school telephone centers and operated the manual telephone switchboards that were necessary in order for someone to call another number.

In the military, conversely, the term operator has come to be associated with troops serving in Special Operations Forces (SOF). A Navy SEAL operator, a Special Forces operator, a Marine Raider operator has become standard nomenclature, even in official communique and statements.

But what’s the actual origin of the term? For many in the spec ops community, an operator is someone who is serving or has served in one of the Joint Special Operations Command’s (JSOC) Special Mission Units (SMU). This would apply to members of the Delta Force, SEAL Team Six, also known as the Naval Special Warfare Development Group (DEVGRU), 24th Special Tactics Squadron (24th STS), Intelligence Support Activity (ISA), or one of the other smaller, blacker SMUs.

The office of the U.S. Army Special Operations Command (USASOC) historian, however, posits that the term originated from within the Green Beret community. In support of this claim, there is a document from the late 1950s. Dated April 2, 1959, the document’s headline reads: “The Code For the Special Forces Operator.” It includes 10 provisions by which a Green Beret must abide. They range from the volunteer and highly dangerous nature of Special Forces – during the Cold War, Special Forces Operational Detachment Alphas (SFODAs) were designed to remain behind enemy lines once the Soviet mechanized onslaught had been unleashed on Western Europe; their role, as it is today, was to organize, train, and lead indigenous forces in waging an Unconventional Warfare (UW) campaign against the Communists – to superb physical fitness, soldiership, and professionalism, among other things. 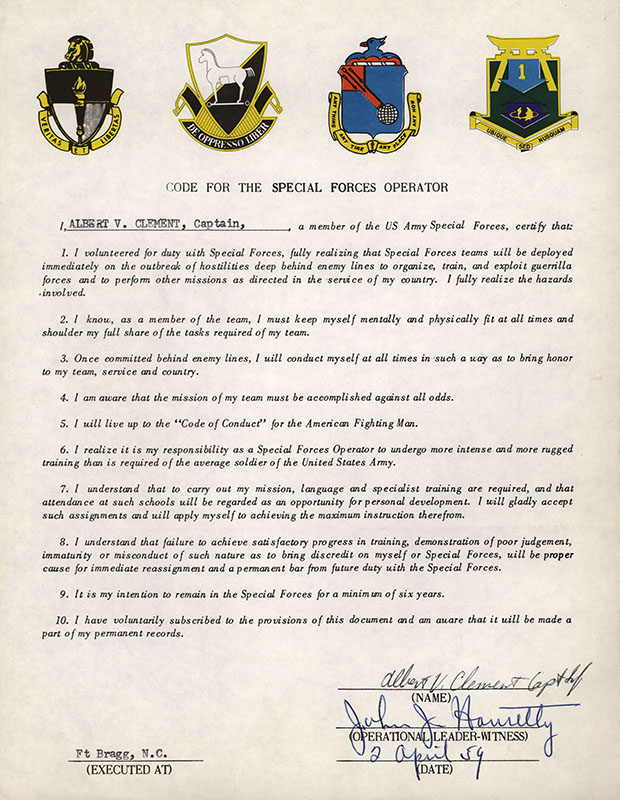 “I realize,” the document’s sixth provision states, “it is my responsibility as a Special Forces Operator to undergo more intense and more rugged training than is required of the average soldier of the United States Army.”

So, there it is. According to the existing historical evidence, it is the Green Berets who have the claim over the term “Operator.” Does a title matter, though? Not to those who operate.