The message that members of the 2nd Ranger Battalion of today carried forth to the few…and dwindling survivors of the original assault on Pointe du Hoc from 75 years ago was respect. They re-enacted the climb up the cliffs made by their forebearers on that fateful day in 1944 and it wasn’t an easy slog up a hill.

On June 6, 1944, Rangers from the 2nd Battalion were weighed down by assault vests, gas masks, ammunition, helmet, grenades, sub-machine guns, pistols, a box of rope and a hand projector rocket that would launch the ropes attached to grappling hooks up the cliffs. And the Germans on top pouring fire and grenades down on them to boot.

The Rangers of today already had a healthy respect for the men of 75 years ago, but after seeing the cliffs up close and personal and climbing up it, albeit not under fire this time, the respect given was quadrupled. And as they finished the climb, the surviving members of the original Pointe du Hoc assault were there to greet them. It was a powerful moment and one that will live in their memories forever.

In every pivotal battle, there are always several smaller actions that take place that define the scope and bravery that takes place. In Normandy, you could point to 100 different actions. But some of the more notable:

Major John Howard’s glider-borne assault with the Ox and Bucks infantry that landed within 50 feet of the Orne River “Pegasus Bridge” just minutes after midnight. Howard’s men, using surprise, speed, and violence of action overwhelmed the German defenders in less than 15 minutes. Howard’s men were later reinforced by men from the British 7th Parachute Battalion and held the vital bridge until relieved by Commandos under the command of Lord Lovat. One of the paratroopers at the bridge from the 7th Battalion was a young trooper named Richard Todd. He would later portray Howard in the war film epic, “The Longest Day”.

Lt. Dick Winters and the men of Easy Co. 506th Parachute Infantry (101st Airborne) and the assault on Brecourt Manor was an exercise in tactical leadership and tactics. Winters, and Lt.s Buck Compton and Ronald Spiers led a group of determined paratroopers who were vastly outnumbered and successfully assaulted prepared German defenses and destroyed four 105mm howitzers that threatened nearby Utah Beach. This was immortalized in the book and later the miniseries, “Band of Brothers”.

Which brings us to the Rangers’ assault on the cliffs at Pointe du Hoc. The Germans had built gun emplacements on the cliffs where the six 155mm coastal guns could easily engage American assault troops on Omaha Beach or the Americans at Utah Beach.

The Rangers were initially going ashore at the wrong place, at Pointe du la Percee due to heavy seas and navigational error. LTC James Rudder, commander of the Ranger Group saw this and had the landing craft turn toward the correct landing beach.

The Germans recognized it and took the assault craft under fire. Due to this, the Rangers arrived late to their landing beach and were taken under heavy fire and grenades from the defenders on top of the cliffs.

The commanders of the destroyers U.S.S. Satterlee and H.M.S. Talybont risked running their ships aground and closed their ships in very shallow water offshore and raked the German positions with every weapon at their disposal, including 5-inch guns, 40mm and 20mm anti-aircraft guns to keep the defenders at bay.

The Rangers made the perilous climb and once reaching the top immediately went about the deadly task of clearing the gun emplacements. Unbeknownst to them. The Germans had removed the 155mm guns and replaced them with telephone poles.

However, coming ashore wounded was 1SG Bud Lomell, who along with SSG Jack Kuhn who saw ruts in a dirt lane that they believed were the gun carriages. Following the tracks, they found five of the 155mm guns 200 meters off the cliffs, concealed under camouflage nets. The guns were pointed toward Utah Beach and had ammunition stacked beside them, ready to go.

Lomell and Kuhn smashed the gun sights with rifle butts and then burned the barrels and traversing mechanisms with thermite grenades. Nearby, another Ranger patrol found the 6th 155mm gun in a hedgerow. They destroyed it with thermite and blew up the ammunition.  Mission accomplished. Of the 225 men that came ashore with the Rangers at Pointe du Hoc, only 80 would still be in action two days later.

On the 40th anniversary of the assault, President Ronald Reagan delivered his famous “Boys of Pointe du Hoc” speech. Last week, 35 years later, few of the “boys” remain. It is imperative we never forget the service and sacrifice of the brave men who swept the cliffs of the German defenders and thereby saved countless lives of men on the beaches of Omaha and Utah beaches. 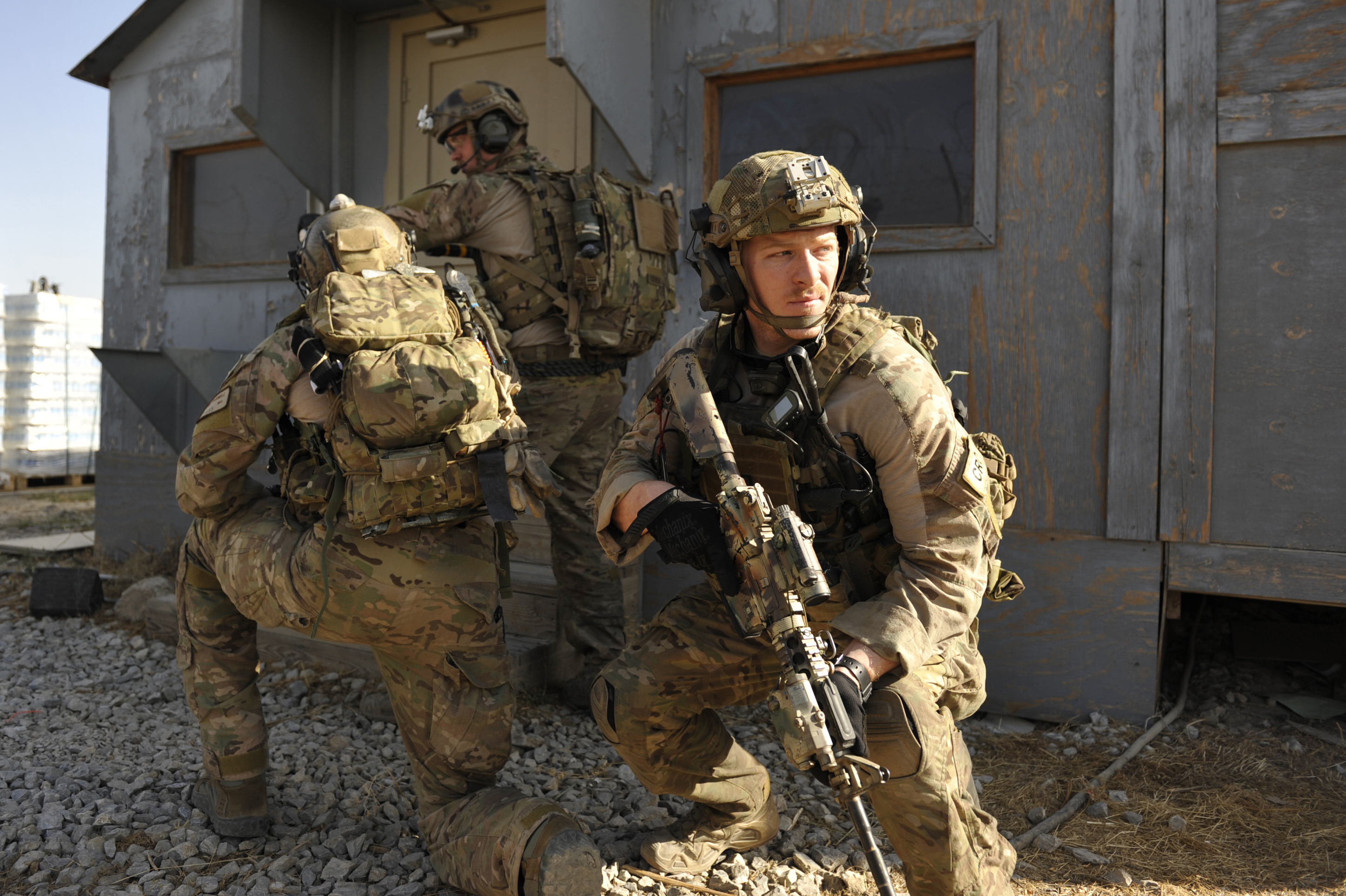