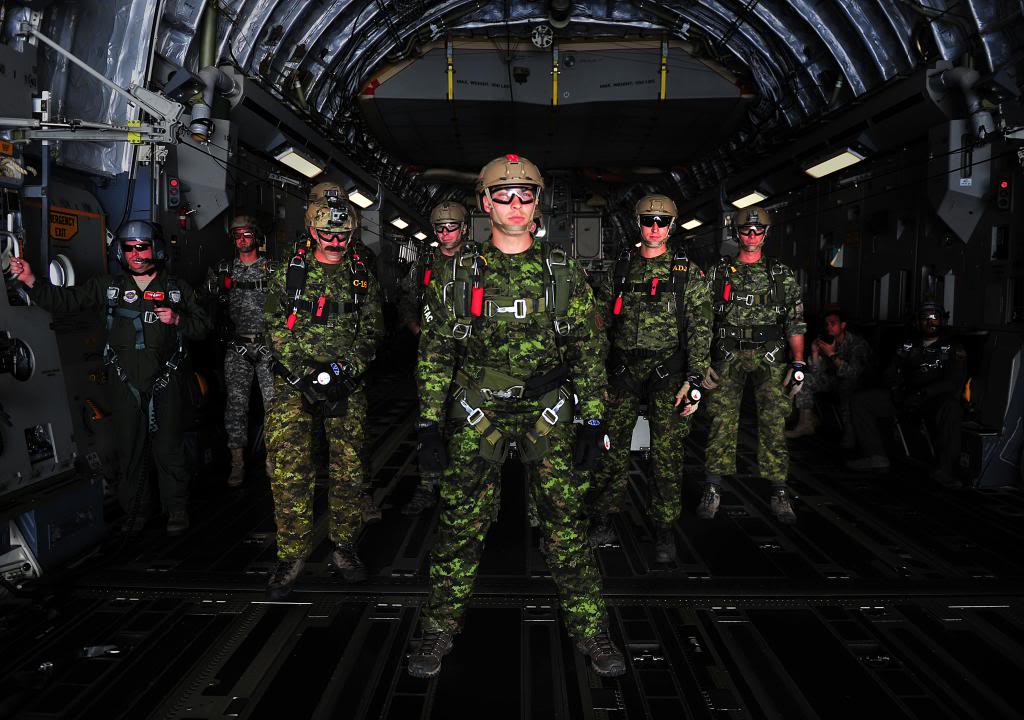 Canada’s armed forces are considering whether to allow the military to recruit Special Forces soldiers straight off the street rather than the traditional method of having soldiers spend at least two years in the conventional military.

With Canada’s armed forces trying to bring in, what they characterize as a more diverse, better-rounded candidate that can fight and win in the modern battlefield, the debate continues if this is the correct way to go.

MG Peter Dawe, the Commander of the Canadian Special Operational Forces Command gave an interview last week and seems sold on the idea. “This is not about achieving set quotas or anything else,” he said.

“From a hard-operational perspective, do we have the right mix of people with the right sort of background, education, language, ethnicity, gender … that will allow us to do what our government expects us to do and will expect us to do in the future?”

Having special operators that are native to and/or can speak the language of targeted host nation countries in which they will operate is a huge advantage that American Special Forces units have traditionally enjoyed. The U.S. 7th Special Forces Group which operates in Central and South America as its main operational area tries to fill their ranks with soldiers of Hispanic descent. Having troops that know the culture, the language and can relate to the host nation troops goes a long way in establishing rapport, the hallmark of any successful SF operation.

Canada’s Special Operations Forces Command is small with only about 2000 members, whose operators are spread out over Joint Task Force 2 (JTF-2), the Special Forces Regiment, a SOF aviation unit (rotary wing), and an NBC (Nuclear, Biological, Chemical) quick response unit.

Due to changing environments and the preponderance of governments to use Special Operations Forces with a smaller footprint than their larger conventional brethren, the plan is to increase Canadian SF troop strength by nearly a third. They want to add an additional 600 operators.

According to media reports in Canada, there are currently 120 Special Forces troops deployed to Iraq, Belize, Jamaica, Niger, and Malaysia working with host nation troops. While currently, Canada wants candidates for SF to have a minimum of two years of conventional time under their belt to gain the necessary experience and qualifications needed to function as a special operator, that may change.

Dawe used the U.S. and Australia as examples of where successful candidates allowed to be recruited off the street and into the Special Forces pipeline. Dawe used the example of some “really hard-charging, high-achieving individuals like varsity athletes and super talented folks out there on civilian street” are interested in joining SF, but they don’t want to join the conventional military and spend at least two years before getting a shot at Selection.

“So one of the things we would like to look at is whether there is scope to accelerate that because there is a qualitative dimension that we might not be exploiting or tapping into as well as we could.”

One area where it seems that Canadian SF may expand is in the intelligence realm. Dawe in his interview made mention of the difficulty of hybrid warfare combat. Where propaganda, cyber attacks, disinformation campaigns and warfare against conventional troops and proxies will put a greater demand on collecting better information.

The United States Army allows recruiting off the streets for the Ranger Regiment and the 18X program for the Special Forces, Green Berets of the Special Operations Command.

The Ranger Regiment is one of the best light infantry units in the world, excelling at raids and assault missions deep inside enemy territory. Rangers are among the best in the world at airfield seizures and the vast majority of the lower ranking personnel came in off the street.

After Basic Combat Training (BCT) and Advanced Individual Training (AIT),  where the majority of the Ranger candidates are from an infantry background, the candidates will then ship off to Ft. Benning, GA, where they’ll undertake the Ranger Assessment and Selection Program (RASP).

If the candidates pass RASP, they’ll be assigned to an active Ranger Bn, but will not be allowed into a leadership position until they attend and pass Ranger School. But they’ll be fully functioning members of the Regiment and they gain a wealth of experience and leadership while there.

The Special Forces 18X Program is the pipeline for candidates to come straight into Special Forces and bypass the regular Army. Candidates enlist for 18X (which isn’t an actual MOS) and attend Infantry OSUT (one station unit training) for basic and AIT. The candidates move on to Jump School (Airborne Training) at Ft. Benning.

If a candidate fails to complete any portion of the training, they’ll be reassigned and possibly reclassified to the needs of the Army. Most remained as part of the Infantry.

Opinions vary widely on the 18X Program within the Special Forces community. Many SF senior NCOs and Officers are right behind it, believing that as long as the candidates learn and maintain the same standards that are required in SF, it didn’t matter that a candidate didn’t spend time in the “Big Army.”

Many others hate it, saying the program created a class of entitled, spoiled candidates who have no background or experience to fall back on when getting to the units. But one thing is for certain, in the time of SOCOM’s endless search to maintain troop levels, the 18X program has helped them maintain numbers that they’d be hard-pressed to meet otherwise.

The Canadian military will have some interesting decisions to mull over in the coming days. But the first thing the troops in the Special Operations Command will want to ask is the age-old one, “Will the standards remain the same?”