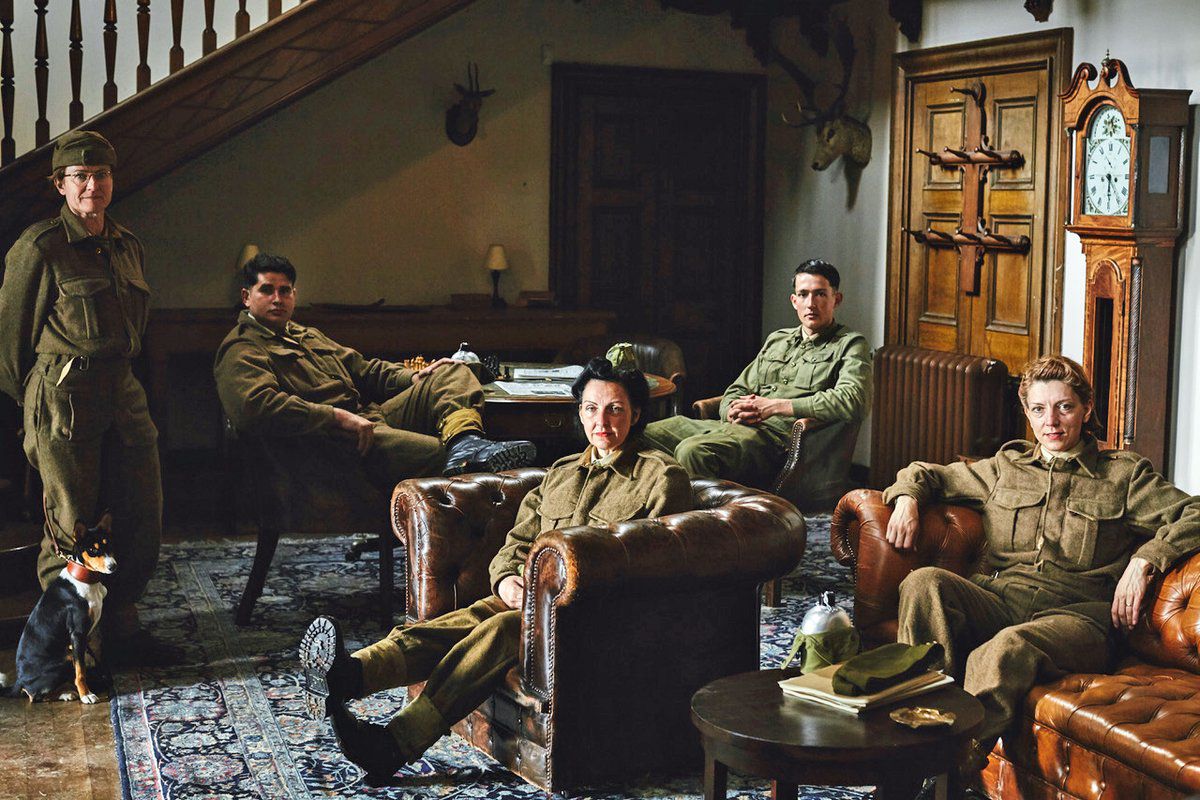 Have you ever wondered if you could pass the Selection and Assessment course standards for our World War II predecessors in the British Special Operations Executive?

The SOE was the forerunner to the United States’ Office of Strategic Services (OSS) and it was that the Central Intelligence Agency and the U.S. Army Special Forces was based on.  Much of what our Selection courses are based upon today also owns its own legacy to the British as we basically cloned the Special Air Service (SAS) Selection course and named it our own.

However, this new series by Netflix gets as real as they can to the actual standards used by SOE in the dark days of 1940.  The producers of this series Wall-to-Wall Media are working jointly with the BBC and Warner Brothers to bring as much realism to what is supposed to be  Selection 1940 as they can.

They have put together an eclectic group of individuals, both men, and women, including some with physical ailments or disabilities that one would believe would automatically discriminate against agents being airdropped behind German lines in occupied France for the purpose of gathering intelligence, training of resistance groups and being involved in sabotage, guerrilla warfare, select assassinations as well as espionage.

One of the most famous agents of World War II was Virginia Hall the American who worked for both SOE and OSS during the war. Hall was missing the lower half of one leg from a hunting accident. But the Germans considered her the most dangerous field agent in France and put a huge amount of effort into trying to catch her.

The 14 recruits have only two with military experience. There are women, people of color and the diverse group shows how the traditional thinking of the time went out the window in wartime. SOE wasn’t just looking for white men to handle the dangerous duties of being placed in occupied countries under assumed identities and being able to pull it off.

SOE conducted their Selection and Assessment and much of their training in the remote Scottish Highlands in estates that they rented to be far away from prying eyes. The 14 candidates are put in clothing circa 1940 and taken by train and truck to a similar location. The cadre members, as well as the students, will dress in British WWII uniforms and the only news they are allowed are newspapers from London from the blitz of 1940.

The Selection phase knocked out four of the candidates before they even moved on to their initial training which took place with weapons and explosives as well as hand-to-hand combat. They next conduct survival training in the Highlands.

One interesting scenario was when the candidates were given plans of a building and told they have 20 minutes to study and memorize as much as possible. During this time, two men burst into the room and have a shootout before one leaps out the door with the other in the chase. The candidates were then asked to relay everything in detail on what just transpired including how many gunshots there were.

From there, the candidates move on to “Finishing School” where they learn the art of coded messages, lock picking and other associated skills we now know as tradecraft. An ability to learn Morse Code or having a background in foreign languages is especially helpful in this phase.

Their final training exercise where the candidates had to plan and execute their mission was interesting. The biggest issue the candidate’s had from watching this was, not surprisingly, learning how to kill. The hand-to-hand training showed how much they had to learn as well as the weapons training.

That’s what the biggest drawback of the series is, the actual training conducted. We know that SOE or OSS wasn’t going to Select, Assess and train operatives in three weeks. Today, the Selection courses take at least that long on their own. But for the sake of the production, they had to condense it a lot.

Again, the weapons training for the purposes of these candidates, most of whom never handled a firearm in their lives was not up to standards. That was obvious, especially when the candidates were moving thru the Scottish forests in training. A well-trained Special Operations soldier carries a weapon like an extension of his own arm.

But despite these facts, the series works and shows that not every agent parachuted or landed by boat (Virginia Hall couldn’t parachute with one leg), in France was a physical stud. Yes, they could handle the physical aspects but what it really took was a keen intellect, a very cool head and the training to pull it all off.

For those who can’t get enough of stories of SOE and OSS, I definitely recommend checking out “Churchill’s Secret Agents, The New Recruits” on Netflix. While it may not break a lot of new ground. It gives the viewer a good peek at just the tip of the iceberg of what SOE agents had to endure before being deployed.