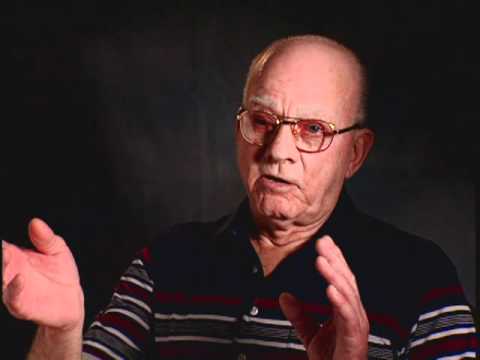 Lee Mize as he was known to his friends was awarded the Medal of Honor for incredible valor in the Korean War as an enlisted man, later became an officer and served in Special Forces for three and a half tours in Vietnam before retiring in 1981.

Mize was born August 28, 1931 in Albertville, Alabama as the son of a sharecropper. He was forced to leave school after just the ninth grade to help his family put food on the table as was very common throughout the United States in that era.

Mize tried several times to enlist in the Army but was rejected for being too light at just 120 pounds. He finally got in when his mother signed an affidavit to affirm his age as a tornado had destroyed all of his town’s records while he was young.

But once in the Army, a bigger problem was looming.  Mize was virtually blind in one eye, which had been accidentally pierced with an ice pick when he was 5 years old.

The vision exam for the Army at that time involved holding a paddle over one eye and looking at the chart with the other. He passed the test by briskly switching paddles in a way that made it look as if he was switching eyes. He had practiced this bit of subterfuge with spoons beforehand.

Mize became an infantryman in the 82nd Airborne Division and was about to finish up his tour and go back to finish schooling and attend college when the Korean War broke out. He re-enlisted in the hopes of getting sent to Korea. Medal of Honor Action at Outpost Harry: He would get his wish and be involved in some horrific combat there. Assigned to Company K, 15th Infantry Regiment, Third Infantry Division, was helping to defend a strategic hill near Surang-ni in mountainous South Korea. The hill, called Outpost Harry by the Americans, sat between American and Communist lines, each several hundred yards away. Coincidentally, the 15th Infantry Regiment was the same unit that Audie Murphy served in during World War II.

During the previous few nights prior to June 10, 1953, Mize had observed numerous trucks behind the enemy’s ridgeline bringing in men and equipment. He called for artillery strikes and air strikes but those were denied.

A sergeant manning a listening post that night reported something amiss. Upon investigating, Mize came up and took a look himself to the unit’s front. “Where did all of those shrubs come from he asked the sergeant? They hadn’t been there before. Mize noticed one move. He crouched up and unloaded a full carbine magazine into them as Chinese soldiers, infiltrating the lines were cut down very close to the LP.

When an American machine-gun nest had been overrun, he fought his way to the position, killing 10 North Korean and Chinese soldiers and dispersing the rest. He had been knocked down and wounded but not seriously three times by artillery and grenade blasts, and his men were astounded that he returned alive.

The legend that was told of Mize was that when he took back the machine gun nest, he dispatched the last of the Chinese soldiers with an entrenching tool when his weapon ran out of ammunition. There was a bronzed “E-Tool” that would hang over his desk later in his career. He did tell the local (Gadsden, AL) newspaper that he went “combat crazy” during the pitched part of the engagement.

“I thought I’d bought the farm,” Col. Mize told VFW Magazine in an interview. “I just knew I was going to die. I knew it. I accepted it. All I wanted to do was take as many of them with me as I could.”

He and the remaining Americans convinced the Chinese that there were many more Americans left on the hill but throwing grenades and shooting from one position and then leaping into other holes and firing from there.

At one point, as an enemy soldier stepped behind an American and prepared to fire, Sergeant Mize killed him. At dawn, he helped regroup for a counterattack that drove the enemy away. He was personally credited with killing 65 of the enemy. In fact, it could have easily been much more. Of the 56 men on Outpost Harry, only eight survived.

He was recommended for the Medal of Honor but initially asked that his name be withdrawn saying the honor should go to the troops that died defending it.

“That terrible night in 1953 in Korea at Outpost Harry was one I would never want to repeat,” he wrote in a foreword to “Uncommon Valor,” a book about Medal of Honor recipients.

“Too many good young men . . . gave their lives to take or hold that miserable piece of high ground.”

Eventually, in 1954 Mize did receive the Medal of Honor from President Eisenhower and recounted that he was so nervous it was obvious to everyone. He credited the President to calm him by joking about himself. He returned to Vietnam in 1966-67 and again in 1969 as the Commander of the 3d Mobile Strike Force Command (Cambodian Troops). The Mike Forces as they were called were the quick reaction force for any of the Special Forces/CIDG (Civilian Irregular Defense Group) A-Camps in their Corps area.

M/Sgt. Mize, a member of Company K, distinguished himself by conspicuous gallantry and outstanding courage above and beyond the call of duty in action against the enemy. Company K was committed to the defense of “Outpost Harry”, a strategically valuable position, when the enemy launched a heavy attack. Learning that a comrade on a friendly listening post had been wounded he moved through the intense barrage, accompanied by a medical aid man, and rescued the wounded soldier.

On returning to the main position he established an effective defense system and inflicted heavy casualties against attacks from determined enemy assault forces which had penetrated into trenches within the outpost area. During his fearless actions he was blown down by artillery and grenade blasts 3 times but each time he dauntlessly returned to his position, tenaciously fighting and successfully repelling hostile attacks.

When enemy onslaughts ceased he took his few men and moved from bunker to bunker, firing through apertures and throwing grenades at the foe, neutralizing their positions. When an enemy soldier stepped out behind a comrade, prepared to fire, M/Sgt. Mize killed him, saving the life of his fellow soldier.

After rejoining the platoon, moving from man to man, distributing ammunition, and shouting words of encouragement he observed a friendly machine gun position overrun. He immediately fought his way to the position, killing 10 of the enemy and dispersing the remainder. Fighting back to the command post, and finding several friendly wounded there, he took a position to protect them. Later, securing a radio, he directed friendly artillery fire upon the attacking enemy’s routes of approach. At dawn he helped regroup for a counterattack which successfully drove the enemy from the outpost.

M/Sgt. Mize’s valorous conduct and unflinching courage reflect lasting glory upon himself and uphold the noble traditions of the military service.