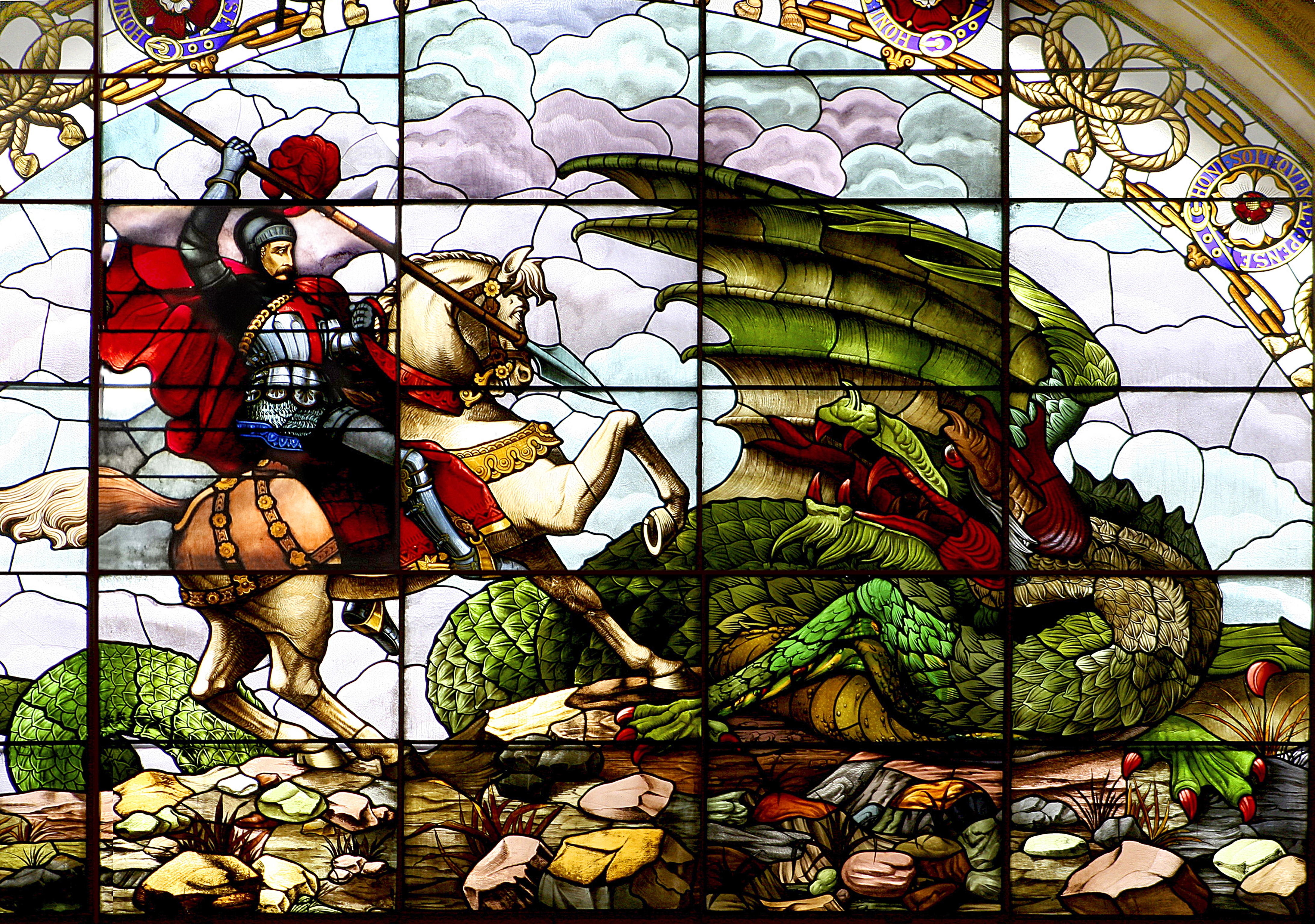 St. George was a Roman soldier of Greek origin and officer in the Guard of Roman emperor Diocletian, who was sentenced to death for refusing to recant his Christian faith.  He lived in Lydda, now present-day Lod in Israel between 256 – 303 A.D.

As a Christian martyr and one of the most revered saints in Christianity, especially among the Crusaders, he is celebrated each year on April 23, the day he was put to death. So, who exactly was St. George?

Early Life: Not much is known about his beginnings, or even the date when he was born, however, what is known is that George was born to a Gerontius, a Roman Army Officer from Cappadocia and Polychronia, a Greek native of Lydda. Both were Christians from noble families of the Anici and George.

After his father died when he was just fourteen, George and his mother returned to Lydda. He soon after joined the Roman Army and quickly gained rank and by his late 20’s, he became a Tribune while serving as an imperial guard for the Emperor at Nicomedia.

Some accounts of his life have him traveling to what is now England with Constantine and visiting both Glastonbury and Caerleon. Later he awarded the rank of Legatus, the equivalent of a General Officer today and a command of a Legion.

On February 24, 303 A.D., Diocletian, who hated Christians, announced that every Christian in the army would be arrested and every soldier should offer a sacrifice to the Roman gods.

Sensing what was to happen, George freed his slaves, distributed all of his wealth to the poor and declared himself to Diocletian that he was a Christian and would refuse to abide by the order.

Diocletian, having valued the friendship of George’s father, attempted to sway his conversion by offering lands, money, and slaves and made several offers, not wishing to punish one of his finer officers. Diocletian, now, having his hand forced ordered George arrested. He tried one last time to convert George, sending a woman to his cell to seduce him. Instead, George converted her to Christianity.

George was tortured several times, including being lacerated on a wheel of swords that required his resuscitation three different times but refused to recant his fate. Finally, he was executed, decapitated in front of the wall at Nicomedia on April 23, 303. His body was returned to Lydda where he was buried. Other Christians would visit the site and honor George as a martyr. It is said that one Roman noblewoman, Roman Empress Alexandra was so impressed by his bravery and conviction that she too converted to Christianity and was martyred as well.

Later, a church was built in Lydda during the reign of Constantine the Great (ruling from 306–37), and was consecrated to “a man of the highest distinction”, said to have been George.

That church was destroyed by Muslims in 1010 but was later rebuilt and dedicated to Saint George by the Crusaders. In 1191 and during the conflict known as the Third Crusade (1189–92), the church was again destroyed by the forces of Saladin. The latest church was erected in 1872 and is still standing.

The Myth of George Slaying the Dragon: There are several tales about George fighting dragons, but perhaps the most popular version today has a dragon which made its nest at a spring that provided water to Silene, believed to be modern-day Cyrene, Libya.

According to Catholic legends, the people were unable to collect water and so attempted to remove the dragon from its nest on several occasions but to no avail. The people attempted to offer it a sheep every day as a sacrifice until the sheep disappeared and the people were overcome with fear. Then the people decided to offer a maiden which would be more effective than sending a sheep. The townspeople drew straws, to determine who would be sacrificed. This continued until one day, the local monarch’s princess’ straw was drawn.

The monarch begged and pleaded for the princess’ life to be spared but the people refused to anger the dragon. The Princess was brought to and offered to the dragon, but before he could kill and eat her, George appeared. He faced the dragon, protected himself with the sign of the Cross, and slew the dragon.

The lance that George used to slay the dragon was called Ascalon named after the city that is now Ashkelon, Israel. An interesting footnote to history is that during World War II, Winston Churchill, the Prime Minister of England, code-named his private aircraft Ascalon.

George’s heroics, not only saved the princess, and the town but convinced them to abandon paganism and they were all converted to Christianity.

St. George Venerated by Christians, Jews, and Muslims: Another interesting fact of St. George is that he’s one of the rare figures in all of the religions of the Middle East that is equally venerated by all. He’s seen as a mixture as both a saint and prophet. All three religions have blended some of their mythical writings and incorporated them into George.

The Muslims believed that St. George could heal persons thought to be insane and in fact a monastery outside of Jerusalem was used for that purpose. In the 1920s members of all three religions would meet and pray there.

The mosque of Nabi Jurjis which dates back to the 14 century was supposed to be the place of the final resting place of George. However, in July of 2014, the terrorists of the Islamic State (ISIS), destroyed the mosque and also destroyed the Mosque of the Prophet Seth and the Mosque of the Prophet Jonah. ISIS claims that these mosques have become places for apostasy instead of prayer.

Saint George is the patron saint of England among many other countries. His cross forms the national flag of England, and features within the Union Flag of the United Kingdom, and other national flags containing the Union Flag, such as those of Australia and New Zealand. And in the 14th century, St. George had been declared both the patron saint and the protector of the royal family.

His cross can be found throughout England. In older works, Saint George is depicted wearing armor and holding a lance or fighting a dragon, which represents Christ’s enemies.