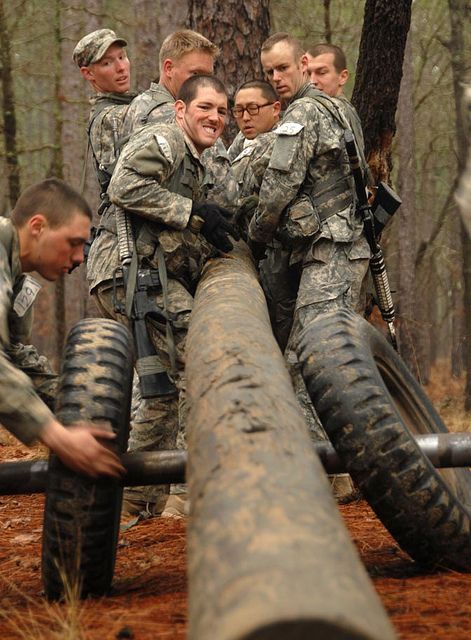 Passing Selection is the rite of passage for every Special Operations unit in the world. And that is why we’re here right? The courses are designed to be incredibly hard for a reason and a very good one. The operating environment that Special Operations many times must perform in is often extreme. Carrying a lot of gear on your back in the heat of Iraq or in the mountains of Afghanistan isn’t a walk in the park. And all the while you’ll have a determined, hardened enemy that is trying to kill you.

In past articles, we’ve described at some of the obstacles that you’ll face in the course and the tips and best ways that we’ve come across in our experiences that will help you navigate thru the course and get selected. But this piece is the other side of the spectrum, in this one, we’ll deal with the negative, an area Special Operations people don’t dwell in. These are the things you shouldn’t do, ever if you want to get selected and move on to an active Special Operations unit.

Not Taking Everything Seriously: This will sound crazy perhaps but many of the candidates get off on the wrong foot on Day 1 and it can end up costing them down the road. Many of the young soldiers coming into Selection are focused on the physical side and only that. There is a good reason to, the courses are designed to smoke you and wear you down. But remember “Assessment Never Ends”, you’ll hear this often. Remember it and don’t ever forget it.

You’ll be asked to take a battery of psychological tests and they’re quite lengthy. Some of the questions will seem odd and make no sense. And you’ll get asked the same questions multiple times but it will be worded differently. It is designed that way to see if you’re telling the truth and taking it seriously. It is designed to identify potential psychopathic or sociopathic tendencies in some candidates.

While working at SFAS, there were a few, not a lot of soldiers who took this part of Selection as a joke. This isn’t the time to be cavalier, it matters, everything does. Not answering truthfully will raise its head in the test and it may ultimately cost you.

Being Late, Light, or Last: These three little sins will get a candidate washed out quicker than any other. You’re being assessed on your potential to be in one of the premier Special Operations units in the world. And showing up late ever isn’t the way to impress upon the cadre that you want to be there.

Unless things have changed drastically, at Selection the students are kept in the dark about what event is coming next until shortly before it happens. The cadre will update a dry erase board usually 15 minutes or so before the next event and will have the uniform that the candidates must be in. Most classes learn quickly to have a candidate from each hut placed outside near the board to keep everyone appraised of updates.

Being light is a cardinal sin and there is no excuse for it. Your rucksack has to weigh what they said it must weigh and it is always the weight specified without food and water. The instructors will always use the same scales that the candidates use so there will never be a discrepancy there. If the standard says 45 pounds, then 44 pounds,15 ounces is a fail. That doesn’t mean to go overboard either.

One winter class in SFAS, one candidate came in straggling at the rear. His rucksack weighed 75 pounds! That didn’t curry favor with the instructors, in fact, it had the opposite effect. Be safe, be in the green but don’t overdo it. A pound or two over the limit won’t hurt you physically and gives the psychological reassurance that you’re well within the standards.

Being last is, next to being light the kiss of death in selection. Do the math, the failure rate for selection is high, even those who make it to the end aren’t guaranteed to be selected, so being last in any event isn’t a good thing. That doesn’t mean that because you happened to bolo one event that you’re screwed. And we’ll get more to that below but the simple fact is that is a situation you don’t want to put yourself in.

Self-Assessing Yourself: This is a big one. So many candidates take a look around themselves and the daunting task that is selection and psyche themselves right out of the course. They become so self-critical that they’ll convince themselves that they are doing terribly.

One class in SFAS, there was senior NCO who came from an LRSU unit and he positively smoked every run and ruck march during the course. But instead of being back in his unit where he was far out in front of every such event, in SFAS he wasn’t. He took it to mean he was performing substandardly when the total opposite was true. He self-assessed himself and did a poor job of it. He voluntarily withdrew until “I can get my shit together and do the course right.”

You don’t know what or how the cadre is assessing you at any given time and that isn’t your job. To quote my man BB, Do Your Job. Let them do theirs. If you’re still giving 100 percent every day and still standing there in the formation, that is all you should be worrying about. If you’re self-assessing yourself, you’ll be looking at a sad face in the mirror.

Listening to the Rumor Mill: These used to kill me. There is something about Selection that turns good, hardened soldiers into a ladies’ sewing circle. This goes right along with self-assessment. Listening to the rumor mill is an unnecessary drain on your energy and serves no purpose. And invariably the rumors are wrong, to begin with.

Many nights, my bud Doug P. and I as well as other cadre members would move between the huts dressed as the candidates were and gauged their reactions to the training for the day. And to check to see if candidates were sleeping before lights out or eating in the barracks, (heel stomp…you’re always being assessed). By the second week of the course, they rarely if ever noticed our presence as cadre.

And by far, the rumor mill was always the most entertaining. As the course went along the rumors always got better.

Not Drinking Enough Water: This is especially true in the summer classes, but candidates can get equally dehydrated in the winter. Studies have shown that a person that is only 1-2 percent dehydrated is already in danger of making poor decisions. And invariably, one of those always ends up being not stopping long enough to drink water.

You’re going to be tested, pushed, and smoked during the course. That what it was designed to do. Your body will sweat profusely even in the winter during these events. And many times, candidates will think they don’t have to drink as much. Don’t buy that line of thinking.

Getting dehydrated is a sure-fire way to get medically washed out of the course, it can lead to poor decision making, cramping, heat exhaustion, heat stroke and even death as we saw a few years during the SAS selection event in Wales.

Not Being a Team Player: This one is self-explanatory. Selection is an individual assessment conducted in a team environment. So yes, you’re being assessed as an individual. But part of that assessment and a VERY BIG part of it is how well you work within a team.

Lone Wolves don’t cut it. You can ace every individual event but if you aren’t a team player, the cadre will notice and so will your peers. And peer evaluation goes a long way. Certain soldiers will have areas that they’re stronger in than their peers. If they don’t help their teammates, then they’ll ultimately fail.

This is an area where many of the officers not selected ultimately fail. They perform very well when in charge of an event but balk at taking orders from lower ranking candidates when it becomes their turn to lead an event.