Isolation is a frightening prospect for a lot of us. True isolation — total isolation from all social interaction and deprivation of sensory stimulus, sight, sound, touch, smell, and taste — is something that few have experienced. Such isolation is quite matter-of-factly terrifying and even maddening to most.

Solitary confinement, or just Solitary, is an extreme situation that prisoners are prone to face depending on their attitude and conduct, as well as that of their captors. Prisoners of war and armed conflict are subject to some of the cruelest measures of extreme isolation possible. Most warfighters are fortunate to be able to attend training courses that aid significantly in their ability to endure the physical and mental rigors present in a Prisoner of War (POW) environment.

The highest level of POW survival training is called Survival, Evade, Resist, and Escape (SERE) training. As a student in SERE training, I was first isolated from all other students with a black hood over my head. From there my isolation went to a deeper state of apparent Solitary (confinement) where I was stuffed into a very small wooden box whose dimensions didn’t allow full limb extension or the ability to sit up fully erect. In the top was a hole just large enough to squeeze the average head through — woe was me! I say “apparent” Solitary because I was not immediately aware of the men around me who were also confined in wooden boxes; in my case, we were three in a room. We, citizens, shall potentially isolate in our homes for several weeks… well, I can hardly think of such an environment as “isolation.” We are in our house “boxes”, but we are immediately and keenly aware that our friends and neighbors are all around us sharing in the very same experience.

The eventual discovery of my Delta brothers around me immediately lowered my sense of confinement despite the fact that I was stringently forbidden to talk to them. The tap code we had all learned to communicate with was ponderous but it did work. We all randomly snuck out a few verbal strings despite the guards’ vigil.

In contrast to such conditions, I can wave at my neighbor through my window. We can chat from sitting on our balconies just fine. Why… we could even step out on our front porches and chew the fat just fine. All this in-person chatting is on the very bottom of the communications technology totem. I’m now at liberty to call people on my smartphone, to video chat, or link up with them in an IM forum like Facebook:

“How goes the struggle Bill?”

“Oh gosh, Geo… we’re hanging on by a thread over here. We barbecued steaks last night but were out of propane gas so we just burned rolls of toilet paper. The kids built a toilet paper fort that took up most of the house. Eventually had to have them tear it down and stack the rolls back in the garage — we keep the Stratus and the Cube parked in the driveway now.”

“Sounds pretty grueling over there, Bill. First daughter is working her HR gig from home now — just as happy as a true in a muscadine patch. I’m still hammering away at the keys trying to keep pace with the demands of my SORFEP major asshole boss.”

But what I can’t do is walk over and touch my neighbor on the shoulder with my index finger, a thing I coincidentally hate to do more than anything in the world short of snorting Ricin!

The Solitary that we POWs faced worked a different angle to sensory isolation; that was, they applied sensory overload to our audio receptors in an event that I referred to as “ear rape.” Very loud sounds were blasted through powerful speakers into our rooms at every second of every hour.

These sounds came in many irritating and annoying formats: babies crying, small children crying and begging for their daddies to come home, a man screaming indiscernible words to a Rudyard Kipling poem. It was all quite maddening though we all kept our wits about us. That is… until the prison camp got hold of a tape of my ex-wife bitching at me, a sound under which I folded fully and immediately, compromising the names of all my unit commanders and the invasion plans for Operation Overlord.

A thing many of us face that is a moderate threat to our sanity is being stuck inside our houses with — I’m sorry to say — our loved ones. We, who have been accustomed to being away from our close ones aside for just a few hours in the evenings — are suddenly faced with being crowded in a space whose walls seem to be closing in. Damnit, we’re actually going to just have to be adults about it.

I’m not equating our pending quarantine situation to captivity, though some folks will be puerile and obstreperous enough to cry “prisoner,” “solitary confinement,” “captivity” — fill in the blank — there are going to be adults behaving badly. Men in actual captivity gladly pull together tightly to protect and assist each other to endure the ordeal. They provide mutual comfort, compassion, and motivation. There is a program to be onboard with under such dire circumstances, it’s called RESIST.

We in prison had not eaten or slept for days prior to our capture; now we were pretty much sporting key tones in our blood. A guard came through periodically and, one box at a time, he offered us a morsel of food if we could answer a question correctly. He asked me but I stuck out. He asked the man to my right who answered correctly. Knowing full well that the guard was playing a cruel game with him, he held out his hand up through the hole in his box to play along. The guard left.

“No he really did — hold out your hand.”

We both reached toward each other straining to extend our arms as long as they could be extended… and indeed there was food there! I broke the share apart and reached toward the brother on the other side of me, reaching and waving until our hands bumped and then he had food too. That was a small victory in the grand play of things, and a monstrous demonstration of compromise and compassion among humans in impending peril.

How isolated can a body really feel at home with the Inter-web and the fecal-ton of high-tech communications apparatus that we have? At home is where most Americans would rather be than any other place on the planet — except Disneyland; most people would rather be at Disneyland because that place is… well, it’s just really a pretty joyous place in comparison to most other places on Earth. In fact, it’s probably just about the happiest place on Earth — that I do fancy! 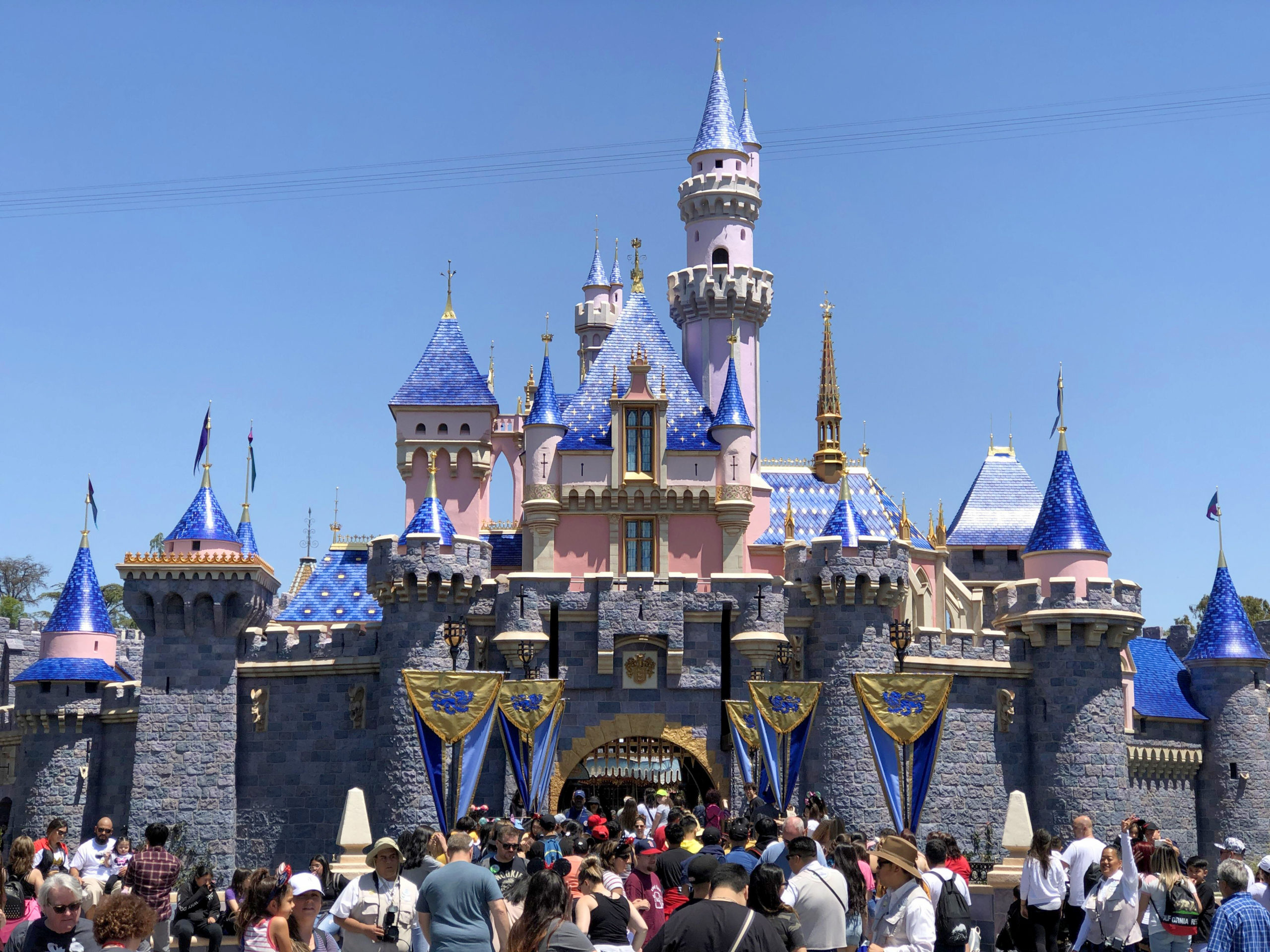 POWs suffer the worse torture, one that is mental: the curse of fate unknown. POWs don’t know if they will live or die from a moment to another. They don’t know if they will ever be alright again. Then there is us; we are trapped like scurvy bilge rats in our paradises. We know we are going to be alright. No really, we are going to be alright. We DON’T have to fire an FPF through our windows every dusk to scare off the barbarians who want to break in and steal our toilet paper. We don’t need to hoard ANYTHING!

“Gladys… Darin Stevens across the street just pulled up to his house with an entire case of those tiny cocktail onions! Get in the car — were going to the Piggly-Wiggly!!”

Panic is a by far a deadlier and more contagious “virus” that anything COVID-19 portends. When you let yourself get into a state of panic you have just ended any hope you have of gracefully resolving any situation. If that situation is a life-or-death matter, you have compromised your ability to sensibly work through it and have surrendered yourself to the whims of fate — whatever happens just… happens. You no longer have any influential input toward the outcome — good freakin’ luck with that!

Finally, a mystery far greater than the Coronavirus antidote: where did the toilet paper frenzy come from? Who is responsible? You know there is only one person that started it and I want them to step forward like an adult and identify themselves.

I mean “corona” doesn’t sound like “diarrhea” — not even remotely! If all the toilet paper in the world were to vanish tomorrow, do you know how many people would die? None, that’s how many. Just maybe only those who die in car crashes racing to the Piggly-Wiggly to hoard more toilet paper that isn’t even there.