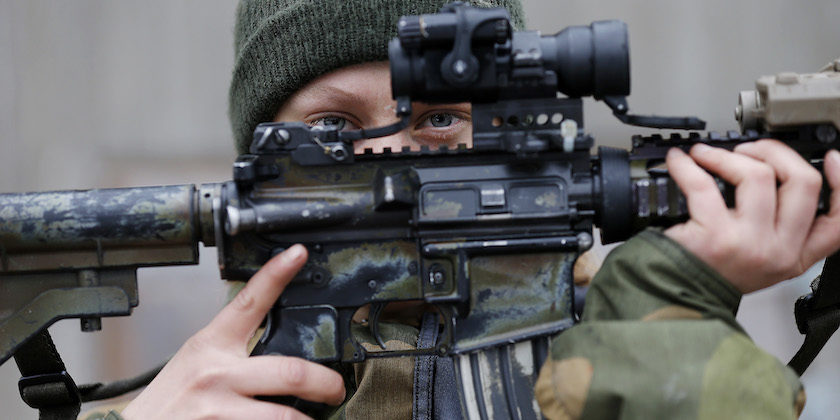 Norway is breaking down barriers by creating their own Jegertroppen or “Hunter Troop”, a Special Operations unit comprised completely of women soldiers.

Norwegian military leaders saw that the war in Afghanistan showed an operational need for highly-trained female soldiers who could gather intelligence and interact with women and children during deployments in conservative societies. If this sounds like the Cultural Support Teams (CST) programs that the US fielded, you would be correct.

But the Norwegians took it a step farther and created a Selection Course for the women troopers that is very tough, demanding and has a very high failure rate.

What began as a kind of experimental programme is now seen as a major success. More than 300 women applied in the first year, and about a dozen recruits are now passing the gruelling training annually, providing a pipeline of elite women soldiers that can be deployed at home or abroad.

The hardest part so far has been “hell week”, says Jannike, a test of mental and physical strength involving long marches over several days with little time for rest, and minimum amounts of food and water.

“They just see if you can handle the pressure when you’re down,” she says.

The young women are today practising fighting their way out of an urban ambush. They work in teams of two: taking cover behind burned-out tanks, providing suppressive fire with their H&K MP7 sub-machine guns and throwing smoke grenades so the team can get out safely.

Every time they hit one of the metal targets in the snow-covered expanse ahead, a clear “ding” rings out, to the approval of Captain Ole Vidar Krogsaeter, who oversees their training.

“To prepare them we try to give them the best training possible, as realistic as possible,” the veteran special forces operator says. “We have them go through the exercises so many times that they are comfortable with it.”

The women haven’t been deployed yet but the Norwegian’s thought process is to prepare them to handle the rigors of combat operations on their own when the time comes for them to be used.

While US soldiers were adamantly against women being allowed in Special Operations Units, the Norwegians, who have stationed men and women together in their military, don’t have that issue. But the real issue will come down to when the women deploy to combat. Currently, Norway has troops in Jordan, training troops to fight in Syria.