As the Sochi Olympics in Russia approaches, there is sure to be one firearm finding employment behind the scenes against known and perceived threats wanting to interrupt Vladimir Putin’s showcase to the world. It’s an unusual looking selective-fire weapon called the VSS (Vintovka Snayperskay Spetsialnaya), or Special Sniper Rifle.

In use since 1987, the Vintovka Snayperskay Spetsialnaya finds its home in Special Forces, conducting clandestine missions when targets need to be taken out from close range up to distances of 400 meters.  Nicknamed the ‘Vintorez,’ or thread cutter, it’s an extremely effective design, and uses two important elements that enable it to live up to its role as a silent killer.

Chief among these is the way the VSS is designed. Featuring a short 7.9 inch barrel, with holes strategically located to bleed off gas into a suppressor, it helps keep the discharge virtually silent, save for the movement of the action when subsonic rounds, the preferred projectile, are used. A piston action derived from a little-known rifle, called the AS, ensures a reliable operation and limits fouling, a common byproduct in suppressed weapons. Another is the round itself. The 9x39mm cartridge appeared at nearly the same time as the VSS, which uses a 7.62x39mm AK-47 case with a widened neck to accommodate the larger and much heavier projectile.  Despite using the same diameter bullet as many Western pistols, it should not be compared as it is essentially a slow moving subsonic rifle round that is much heavier and lethal at greater distances.

Currently, the VSS uses the most widely available variant of the round, designated the SP–5, a 250-grain bullet traveling at 1,000 fps and equipped with a hardened penetrator, which is capable of penetrating 6mm of steel plate at 100 meters, and a standard Russian army helmet out to 500 meters.  These stubby rounds ride in 10- or 20-round box magazines that provides operators fast follow-up shots with a type of round absent of sonic boom and muzzle flash. This makes the operator difficult to locate and even more so as range increases. Of course, when engaging at hundreds of meters a decent scope is necessary, and for this the PSO family of glass is used.  Made famous on the Dragunov SVD sniper rifle, varying magnifications up to 9x power are available  Most often though, a 4x power variant is sufficient enough and attaches to a rail that connects to the left side of the receiver.  Also if needed, a night vision scope may be mounted in tandem, and both can be detached and backup iron sights used in case of emergency.

The gun also takes another inspiration from the SVD, by using a shorter skeletonized wooden stock that limits its length to just 32 inches and helps keep the weight at just 5.7 pounds. It is known that Russia first combat-tested the VSS during the final days of its Afghan involvement in the 1980s, and since then it has served with distinction through Chechnya wars beginning in the mid-90s, and more recently in the South Ossetia conflict in 2008, as well as the last few weeks against Muslim extremists in Dagestan.

No one will ever know just how many enemies of the motherland have fallen to the Vintovka Snayperskay Spetsialnaya, but it’s safe to say it will continue its work far into the future providing, Russia’s answer to all those who threaten her.  Roundly appreciated by Spetsnaz and MVD internal troops, it’s a classic example of the perfect weapon for ‘Black Operations,’ and shows just how willing Russia is to bloody its hands whenever the need arises, and speak only in a whisper. 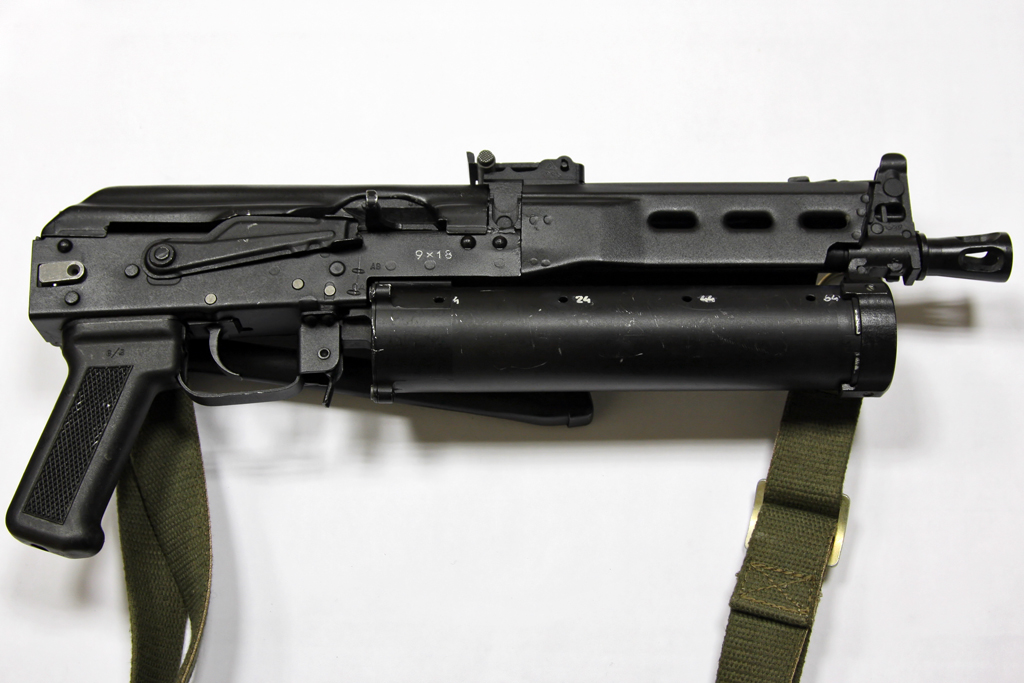