He ought to be screaming in pain

After two years of working at Fort Bragg, NC, as a Clinic Director, I was approached by the secret DELTA Force organization. They asked me to apply for the job of the unit’s Command Surgeon. “Surgeon” is a military title given to physicians of any specialty when assigned to a medical command and staff position in the military. As a family physician, I was invited to become the senior medical advisor to the commander.

I was recruited in part because of my past special operations experience as a Navy SEAL. I accepted the position and reported to the Deputy Commander’s office for my initial brief.
“Doc,” pronounced the intent colonel. “I’ve done the job of every officer on my staff, except yours. I can never do your job, but I consider it essential to our command’s success. I want you to provide the best medical care in the military to my staff and their families. I’ll expect you to ask for what you need to accomplish this, and when you ask me, I will approve it every time. I’m not qualified to argue with you, so if you say we need it, you’ll get it.”

That promise was never broken. Our clinic building was expanded and renamed in honor of unit medics killed in combat. Then we opened the doors to family members. We added a dental clinic, provided obstetrics care, and began delivering the children of unit moms. I delivered forty-four babies for these families. When I return now for reunion gatherings, there is always a mom or dad that regales me with stories of their children that I delivered. Good times.

Challenging patients frequently presented themselves because of the constant training with live weapons, explosive ordinance, parachuting, and aviation operations.
“Eagle down,” came the message to my secure phone. “There has been an accident in the field with an explosive injury to a hand. He’s en route to the hospital now,” finished the voice on my secure phone.
“Roger that. I’m on my way. Give me his name, please.” The name was passed, and as many times before, I drove above the speed limit to the emergency room. I arrived soon after the casualty did and was met by the nurse, who expected me.
“Hello, Doctor Adams,” she breathed. “Your patient is in room three. He may have lost his hand.”

“Sir, I have to be honest with you. He ought to be screaming in pain. His hand is almost completely gone! But he is just looking at it, while we clean it, and asking if we can save it. Who is this man?” She finished in awe.
He’s the definition of someone special. “He’s made of different stuff,” I replied.

When I got to the room, he was looking at his hand. Most of the soft tissue was gone. The bones of his fingers were mostly there, but he could not move them. There were burned edges of flesh visible down to the wrist area. I had been briefed en route, by the medic on the scene, that the squad was conducting simulated combat building clearance operations. He had pulled the pin on a flash-bang grenade to throw forward. Instead of the standard three-second delay, it had detonated instantly in his hand. A flashbang grenade produces a brilliant, eye-blinding flash of light and heat, with a loud explosive noise, but does not produce shrapnel. It is used to disorient attackers before entering a room.
The orthopedic hand surgeon arrived almost immediately after we called him. He took a careful look and directed us to move to the operating room. He would be better able to determine the extent of the injury with the patient under anesthesia. Our patient insisted on a local nerve block so he could listen and watch.  Who were these men, and where do we get them?
A few months later, after they had fitted him with a new functional artificial hand, he came to me and requested to be medically cleared to freefall parachute again.

Where do these men come from?

The next week the same orthopedic medical team was back in the operating room. During building assault training, a rope rappelling rig had failed, and my new patient had slid down a four-story building. He had landed feet first onto the ground and performed the best parachute landing fall he could. His feet took the brunt of the fall, absorbing the impact of full body weight, weapon, and backpack. He had broken almost every bone in his two feet. We were passing stainless steel wires from the tip of each toe back towards the heel as we manually pushed bone fragments back in line.

“Bob, I hate to hang black crepe here,” stated the concerned surgeon. “These wires pass through the smooth cartilage of every joint in his toes and feet, and this creates a type of joint arthritis that will probably make it impossible to run again. Walking will be painful for a long time.”

“Thanks, Kurt,” I replied, concerned. “I’ll let the boss know.”
That afternoon, after seeing our patient tucked in and stable, I went back to the unit and passed the same prognostic information to the commander.
“Really, Doc?” he responded. “I know you’re telling me what the book says, but I’ll suggest something different. He’ll be running in six months,” he predicted, smiling.

“You just don’t know yet what these men are made of,” he concluded.
Six months later, I watched him run by the clinic and wave.

Dr. Bob Adams is a graduate of the Naval Academy and then BUDs and becoming a Navy SEAL.  Then, off to medical school to become a physician as a civilian again.  Bob joined the Army as a doctor and became the Delta Force Command Surgeon.  He retired as a Colonel in the Army.   Doctor Bob has written several books, including, Sword and Saints and an autobiography of his time in both the Navy and the Army. 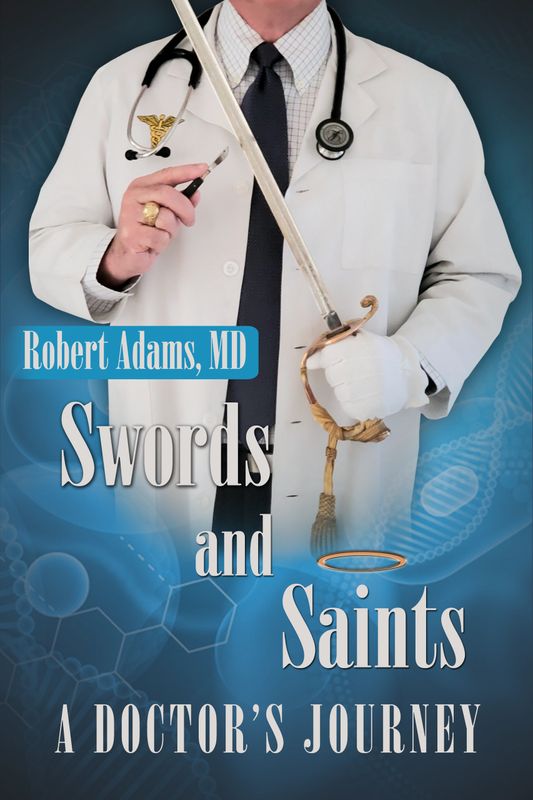